The Gambia Is a Country of All Tribes, Race and Religions! 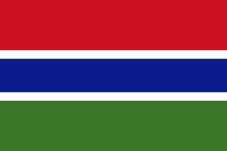 All of us who are concerned for peace and triumph of reason and justice must be keenly aware how small an influence reason and honest good will exert upon events in the political field. Let us not seek the Republican answer or the Democratic answer, but the right answer. Let us not seek to fix the blame for the past. Let us accept our own responsibility for the future.

Tribalism? This can be defined as “the behavior and attitudes that stem from strong loyalty to one's own tribe or social group”. As a result, the tribalists have disdain for and often disrespect the tribes they think are inferior to theirs. Such people, therefore, discourage association in any form be it marriage, work or friendship with tribes they deem to be inferior.

Tribalists think and preach that the men and women of their tribe or ethnic group are superior to others, and that as a result the others should serve and obey them. They try to impose the hegemony, the predominance of their tribes. Tribalist ideas and feeling are used most often to create a clientele who can help them to satisfy their selfish interests and ambitions.

The reasons for tribalism and tribal discrimination may include the following:

Such people take pride in their history and no amount of persuasion can make them to see today’s reality. They believe that since their ancestors were “better” than the other tribes, so also are they now.

Another reason for tribalism is geographical location in relation to national resources and power. By this we mean that tribes which are endowed with abundant resources and opportunities often tend to disrespect people from other tribes who come to seek work on their land. Similarly, tribes which have the seat of power tend to think that they are better than others, and sometimes look down on them.

The above mentioned have been aggravated by politics. It is sad to say that most politicians either publicly or privately try to encourage tribal sentiments for their own selfish interests.

Among the effects of tribalism is that it breeds nepotism. Once people feel that their tribesmen are better than people of other tribes, they tend to surround themselves with their tribesmen when they get into positions of trust. 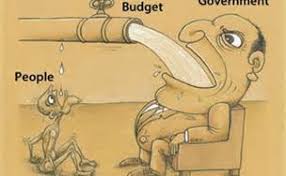 Often tribalists are willing to hire people from their own tribe who may not otherwise be the best candidates for a given job. Such actions deprive the nation of the right people for the right job.We hold these truths to be self-evident, that all men are created equal, that they are endowed by their Creator with certain unalienable rights, such as the right to life, liberty, and the pursuit of happiness.

It is arguable that the negative effects of tribalism permeate all African countries. Millions have been killed, maimed or displaced in civil wars in sub-Sahara Africa over the past 50 years, mostly because of tribal agitation. Most of us are living witnesses to the carnage that occurred in Rwanda and is still going on in Somalia. These countries have fallen into the abyss mainly because of tribalism. (The Point, 2010). 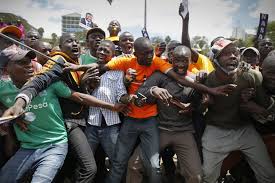 In the overall sub-Saharan African political ethos, so long as a larger chunk of the negative vestiges of colonialism predominate, ethnicity as a political tool in the long run may, of course, involve several thoughts in the dimensions of social sciences like anthropology or sociology in the academic world, but in practical politics, especially in the contemporary African context of increasing ignorance and backwardness, ethnicity or ethnic politics exist as a blatant, gruesome instruments of accumulating private wealth and an easy accesses to unearned political power. In short, ethnic politics is an excuse to the profession of brigandage. (Yohannes Chane Metiku, 2002).

There is a LIGHT in this world. A healing spirit more powerful than any darkness we may encounter. We sometime lose sight of this force when there is suffering, and too much pain. Then suddenly, the spirit will emerge through the lives of ordinary people who hear a call and answer in extraordinary ways.

Let's not allow politics to separate us, let's dialogue as it is the only mean we can reach at a solution. Politicians come and go but the citizens stay.

"People who sow seeds of discord by preaching tribalism, racism and religious misunderstanding should find another place to go." (Mwai Kinaki). 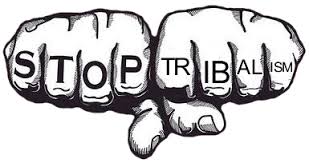 This is the true joy in life, the being used for a purpose recognized by yourself as a mighty one; the being a force of nature instead of a feverish, selfish little clod of ailments and grievances complaining that the world will not devote itself to making you happy. I am of the opinion that my life belongs to the whole community, and as long as I live it is my privilege to do for it whatever I can. I want to be thoroughly used up when I die, for the harder I work the more I live. I rejoice in life for its own sake. Life is no “brief candle” for me. It is a sort of splendid torch which I have got hold of for the moment, and I want to make it burn as brightly as possible before handing it on to future generations.

I wish to see all Gambians continuing living as a family, where the joking relationship buried the menace of tribalism, for The Gambia our homeland one people, one hearth, one Tribe, one family, and one Gambia!!

May thunder and lightning split on all tribalists, may evil spirit take away all tribalist to Jupiter, Ameen!! 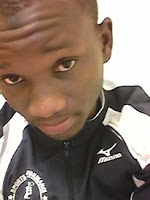