Request for Mr. Amat Bah, The Minister of Tourism and Culture to Resign!

Reference is invited from you interview during your visit to Laico Atlantic Hotel formerly Atlantic Hotel in Banjul. “Bumsters”, we know where to keep them until the season is finished.

It is in that regard I stand on top of Mountain Kilimanjaro to register my total dissatisfaction as far beyond Pluto as per you recent unprofessional, irresponsible,   unethical and undemocratic statement you used against the Gambia youth.

I was amazed and surprised beyond all human survival to hear such an utterance from an honorable minster of our dear mother land whom we think will be a motivator to the youth rather than a de motivator.

The last time I checked you were the same minister who said “Let back way boys come back home and marry”. You aforementioned immorality request is wrongly calculated and executed with the intention of putting our sisters at a bad angle of light as if they have no dreams for their future.

Communication is very vital and it is the backbone of any institution. Please be informed that you are misrepresenting us badly as per your communication with the press.

The change of government came as a result of the youth participation in politics as they constitute 60% of the population. Please be reminded that your highest professional qualification was a mere entertainment manager not even in a five star hotel but in an ordinary local hotel.

The role of youth therefore has very different significance in old and new democracies. In the former, young people face the challenge of fitting into an established political system or making changes. However, in new democracies such resignation may turn younger people off politics. 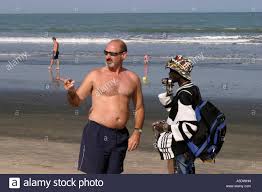 The reason why we have the youth in the beaches is that they are not given opportunities to prove themselves with the excuse that they are not sufficiently experienced to participate actively in the governance of the country. Almost all the major political parties seem to be functioning under the monopoly of old leaders like you who don’t want to give chance to the youth. Old people should realize that they must make way for younger people to take control of the activities.

I wish that the next time we go to vote we find more names of youngsters among the contestants, who could make our country a better place to live in. Since the dream of politicians like you is to lock the youth in jail for 6 months.

I submit to you that your statement can be a threat to the Gambia’s newly born democracy, if mathematically calculated and wrongly executed?

You can send a person to the highest prison as far beyond Jupiter but you cannot imprison his/her mind. Therefore Jail is not the end solution to maintain peace and stability in the smiling coast of Africa. "There is a higher court than courts of justice, and that is the court of conscience. It supersedes all other courts." - Mahatma Gandhi.

Your ministry have pressing issue to solve rather than terrorizing our innocent youth who are working at the beach to earn a living. The reason of high increase rate of “bumsters” show a failure at the side of the government. As it is the duty of the State to provide job opportunities to her citizens.

There should be a retirement age for politicians as well which may be around 60 years. There should also be some educational qualification requisite for politicians. How can we give those illiterates the key to our country to whom we cannot even give the key to our house? People with serious criminal backgrounds should not be allowed to contest elections and they should not be allowed to come near the doors of our national agenda. 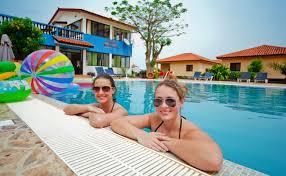 The Gambia tourism has successfully improved and developed but it is still facing some challenges beyond imagination which have greatly affected the safaris tours in the country. These challenges include; Limited marketing due to insufficient funding as a serious problem facing the tourism industry and it has retarded many people internationally to know Gambia as a tourist destination hence   affecting safari to the smiling coast.

High competition from neighboring countries like Senegal, Mali and Guinea Bissau. These countries are selling the same products like The Gambia and this has affected Gambia’s tourism sector since it’s considered a land locked country and most tourists go to the neighboring for leisure.

The tourism sector is sinking like the great Titanic. Such an institution should be led by a person who have the experience, knowledge and know how to lead not only with words but with actions towards achieving the mission and vision statement of the noble Ministry. The main hindrance to this is the fact that your limited understanding of the tourism industry is another major obstacle too. It is in that note I write to inform you to kindly submit your resignation letter before ruing our tourism sector which contribute a lot to the GDP.