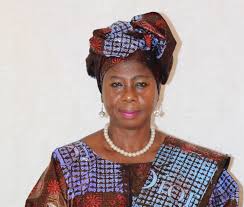 I write to remind you of your appointment by President Adama Barrow, the Commander In Chief as Minister during his Cabinet reshuffled effective Friday, June 29th 2018 to spearhead the affairs of the Ministry of Health and Social Welfare.

It is true that it’s only been a few months since you have taken over your new duties for a better health sector we want. As a stakeholder in the health sector, I can only appreciate how full your plate is. Unfortunately, I am writing this open letter to you to expose to you certain realities that sovereign citizens of The Gambia are confronted with which you might not be aware of.

Honourable Minister, I am heartened by the appointment of a superstar with your understanding as a health minister. By now, you will have settled in, been brought up to speed by ministry officials and learned how Cabinet sets priorities and policies. Furthermore, I am totally disappointed that the recent budget did not stress health as a major concern. I hope that the health of Gambians remains a priority for the Barrow led Administration.

The last time I checked the Health Sector under your watch is facing massive challenges beyond imagination. Over the past few months, we have heard that services are not effective as expected and citizens are struggling to get the essential health and care support that they need due to the inadequate medicines and facilities at the Hospitals across. This resulted for people especially the rich to go to private clinics for medication.

Honourable Minister, I don’t mean to be disrespectful in my this open letter but I submit to you that, we the poor citizens take our families to the public hospital without facilities and proper care while those of you at the climax whom we voted for, to protect and improve our health care facilities take your families to the private clinics. Health should be a priority of the Barrow led Administration as a healthy nation is a wealthy nation.

Please note that in the 21st Century inaccessibility to health care is a violation of human right. We cannot achieve a free zone disease country until and unless we take in charge of our health sector and pump into the required resources needed. We cannot continue to rely on Aid and Grant to improve our health sector.

Honourable Minister, you could recall that 129 Gambian doctors have gone on a sit-down strike some months ago following comments made by your predecessor Safie Lowe-Ceesay who accused them of corruption a comment that did not go well with the said doctors.

I will advise you to work closely with your staff to avoid another strike in order to stay long in that ministerial hot seat. Especially, to formulate plans, strategies and policies for a better Health Sector we want as per the National Development Plan championed by President Barrow.

The last time I checked the most talked Supplementary Appropriation Bill (SAB) tabled by Mamburay Njie, Minister of Finance and Economic Affairs in December is a violation and unconstitutional as described in section 154 (1) and (2) of the 1997 Constitution of The Republic of The Gambia.

The question is where did Speaker Denton have the power to vote on the said SAB that was controversially passed by the National Assembly on December 14? The Speaker who is a trained legal person should abstain from bringing harm. Voting in the National Assembly; Section 106 reads;

Readers could recall that Halifa Sallah and Co. did not participate in the voting process of the said SAB. Besides, the issue is the SAB tabled by the Minister of Finance itself is illegal and unconstitutional. Therefore, it will be a crime to participate in a process that is totally unconstitutional and against the public finance Act and the Constitution as stated in Section 6 (A) and (B), which reads;

"Any person who by himself or herself or in concert with others, by any violent or other unlawful means, suspends or overthrown or abrogates this Constitution or any part of it, or attempts to do any such act; or
(B) Aids and abets in any manner any person referred to in paragraph
(A) Commits the offence of treason and shall, on conviction, be liable to the prescribed by an Act of the National Assembly for that offence.

If National Assembly Members can hijack the Constitution, then that tells a lot is urgently needed for a better Gambia we want. Until and unless we realize the significance of good governance our Nation will perish.

The National Assembly Members Should Desist From Constitutional Coup and Hijack

Readers could recall that The Gambia National Assembly Members approved the 2019 Budget estimates presented by Hon Mamburay Njie, Minister of Finance and Economic Affairs, to the tune of D25 Billion. Days later he presented a Supplementary Appropriation Bill at the tone of D1,128, 337, 519.77 with just over two weeks to the end of the financial year.

Which resulted in Activists, mainly Youth to occupy the National Assembly on Thursday, 13 December against the Supplementary Bill, to show their total dissatisfaction and rejection of the said, Supplementary Bill? Besides, the minister of Finance and Economic Affairs tabled the bill as legislators sparred over it at the legislative chamber with a hot debate which resulted in adjournment.

The last time I checked the Barrow led administration announced 50% salary increment for government civil servants and 100% pension increment but records have shown that as regards 47% of Gambia’s revenue comes from grants and aid.

The untold truth is, tabling the said SAB in December is a violation and subject to constitutional coup and hijack of section 154 (1) which reads, An act of National Assembly may make provision for the establishment of a Contingencies Fund and for authorising the President to make advances from that fund if he or she is satisfied that there has arisen an unforeseen and urgent need for expenditure for which no other provision exists:

Section 154 (2) reads; where any advance is made from the Contingencies Fund, a supplementary estimate shall be presented, and a Supplementary Appropriation Bill shall be introduced for the purpose of replacing the amount so advanced within ninety days of the advance being made.

The Barrow led Administration through its Ministry of Finance and Economic Affairs should tell the sovereign electorate why it needs additional D1.2 Billion Dalasis in less than 2 weeks before the end of the financial year. What kind of unforeseen and urgent need is the Government faced with to justify raising D1.2 Billion?

‘‘Of recent unconfirmed reports reaching us has it that the NAMs approved half of the proposed tabled Supplementary Appropriation Bill and a motion tabled by the Minister of Justice for an increment of Commissioners of the Janneh commission for D500,000 each, which is another waste of taxpayer’s money’’ 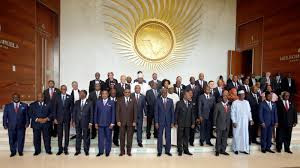 Readers could recall that in July 2006, the Summit of Heads of State and Government adopted the African Youth Charter at their Summit in Banjul, The Gambia. They underscored the importance of youth participation and involvement in the development of Africa.

Besides, The Gambia as the host and a signatory to the African Youth Charter should lead by example through empowering her youth by occupying the leadership space. As it will pave the way for the development of national programmes and strategic plans for a better Gambia we all want to see.

On Monday, 9th July President Adama Barrow presided over the swearing ceremony of new Vice-President Ousainou Darboe along with eight ministers at State House in Banjul. Surprisingly enough, there was no Youth among the list including the Youth Minister who is above the Youth age bracket.

Of recent, we have seen how the young people of this country been ignored as none of the political parties nominate a youth as its flag bearer. The Constitution which is also the supreme book of the land discriminated the youth as it is categorically stated on Section 62(1) B of the 1997 Constitution.

Besides, the Ministry of Youth and Sports which aim is to ensure that investment in youth and sports take place across sectors and in all policies and programmes is headed by a person who is not a youth. Lamin Darbo, Executive Director of the National Youth Council once said ‘‘anything for the youth without the youth is not for the youth’’. The Gambia youth has all it takes to preside over the affairs of the State beyond imagination in the 21st Century; it is a tragedy for a pensioner to run the affairs of the Youth.

The African Union Assembly decision in January 2016 established the theme for 2017 as ‘’Harnessing the Demographic Dividend Through Investments In Youth”. AU heads of states and governments recognize a country level demographic dividend as a central to continent’s economic transformation in the context of AU Agenda 2063.

The last time I checked, Gambia’s regeneration cannot be realized if adequate investment is not made in the youth who constitute about 60 per cent of the total population. The African Union Constitutive Act and the African Union Commission strategic plan 2004-2007 give due priority to youth development and empowerment as the youth are the solution to Africa problem.

Furthermore, Article 11 (C) of the African Youth Charter stated that ‘‘Ensure equal access to the young man and young women to participate in decision-making and in fulfilling civic duties ’’. Therefore The Gambia will not develop until and unless the Youth are given the opportunity to take part in the development process of the State.