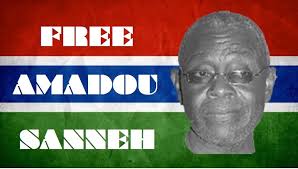 Please be informed that many countries in the world are affected by this tricky disease called corruption as it destroys the quality and standard of the good and services and it also ruins and wrecks the life of the common man. Political parties who vowed to stop and take steps to eradicate corruption have being voted for power are now the architect   of corruption as far beyond any human imagination.

The last time I checked culture allows, and even encourages corruption. The belief in The Gambia is that if you are in government, department, agency or institution, you must make money like Bill Gates. If you don’t use your position to amass wealth, your friends and family members think of you as a fool or worse being to live on the state of nature. They never cease to remind you of this or that fellow who got a big job like yours, and already has two or three Mansions.

I submit to you that those who amass ill-gotten wealth tend to be the ones people worship and respect. The unwritten rule is that the only job worth doing, is the one that puts money in your pocket. If in the process some public good comes out of it, so be it. But that’s not the primary objective. The practice cuts both ways. You’ll find various opposition leaders slamming governments for various acts of corruption, and vowing to clean house if elected. But don’t believe it. It is all posturing. If you look closely, you’ll find that when the opposition were in power, they indulged in similar practice. And you can bet that if they ever get in again, they’ll do the same, or even worse. 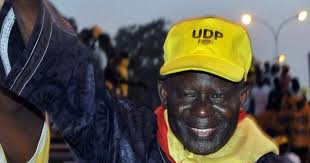 Corruption in The Gambia is an obstacle that restricts citizens on a daily basis in their enjoyment of human rights and fundamental freedoms, contributing to the perpetuation of poverty and hindering economic opportunity. The collective recognition of the challenges posed by rampant corruption has led to political turmoil.

The Gambia is an Africa country where corruption is one of the benefactors for a long time. Corruption in this country is experienced in many sectors, both in private and public offices. In politics, corruption is heavy swimming like a canoe in the Atlantic Ocean as average politicians cannot do without indulging in one corrupt practice to another before they win in any election. In fact, the less connected citizens of The Gambia are the one that suffers as wealth which is to be evenly distributed are being utilized by the top politicians alone.

Transparency International have not failed in giving updates on the nations that have stained their hands by indulging in massive corrupt practices. According to the organization, corruption still remains rampant in public sector.

Currently, we can concretely say that corruption in Gambia is not just a mere perception but inherently pervasive in the country as evidenced by the recent expose in the ongoing Janneh commission of enquiry.

Corruption is a manmade thing as it is not a natural phenomenon therefor we can kick it out in the smiling coast of Africa as far beyond Jupiter. As such will make our country the last place of hope on earth.

There is an urgent need for institutional reforms that will focus on improving financial management and strengthening the role of auditing agencies as such will make The Gambia a free zone of corruption. Also strengthening citizen’s demand for anti-corruption and empowering them to hold government accountable is a sustainable approach that will helps to build mutual trust between citizens and government.

The Ministry of Finance need to formulate a strategy for the system to improve and ensure the effective and efficiency collection of taxes from taxpayers, especially from politicians, we have to upgrade our tax system, make registrations, tax declarations, and payments online, and eliminate unnecessary regulations that only make our system more complicated and monotonous.

It is a clear testimony that being a politician or a public official is one of the greatest profession in the world. It requires a lot of leadership skills and knowledge in law, economy, ethics, humanity and others. To make sure our government officials, legislators, mayors, governors, etc. are currently capable in doing their respective job, they should be required to have a minimum credit units of continuing professional education every year. If they can’t comply, then they should be fired out from their positions. We have public institutions that have board and management teams, which we can hold directly responsible for corrupt practices rather than quickly politicizing every act of corruption even in semi-autonomous public agencies. However, the President must lead the way and show commitment in the fight against corruption in the public institutions. It should not be too difficult to fire and hire at the same time to instill discipline in public service.