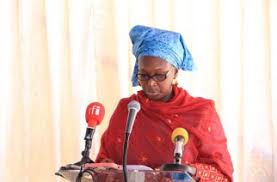 Please be informed that a Press Secretary is a senior advisor who provides advice on how to deal with the news media and, using news management techniques, helps his or her employer to maintain a positive public image and avoid negative media attention.

I was very shocked, amazed, bowled over, troubled and disappointed beyond all human patience, when I read the PhD thesis press release from the office of the President as per Hon. Halifa’s stirring London speech.

It is in that regards I stand on top of mountain Kilimanjaro to register my total displeasure as far beyond Pluto. The press release is mathematically calculated and wrongly executed with the intention of portraying Halifa’s speech at a bad angle of light. Are we in the area of character assassination?

Presumption of innocence is under Section 24(3) of the constitution. For your information Mr. Sallah is serving this country of ours with sincerity, honesty, integrity, passion, courage and above all love for his country. We The Gambia youth are really proud of Halifa as he is the only politician who inspire and motivate the youth in politics.

During the time of the impasse they all ran away to Senegal including Barrow himself. While we were here with Halifa on the ground who was mediating between the then Jammeh administration and the citizens. The Gambia would had sink like the Titanic without the timely intervention of Halifa. 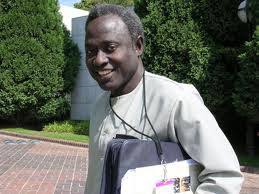 The aforesaid immorality press release was a hateful fabrication of intolerable huge falsehoods, extreme dislike, deep-rooted academic and intellectual suicide, calculated and intended to portray Halifa at an immoral light, and to nastily destroy the dignity and impeccable integrity, which he is known for.

Please be reminded that Halifa is clearly exercising his constitutional right of freedom of speech and expression and his right of academic freedom, which are expressly guaranteed by Section 25 (1)(A) and Section 25(1)(B) respectively, of The Gambia’s 1997 Constitution. Halifa is a constitutional Prophet who knows what he is doing.

It is a clear testimony that there was leadership change but no system change. Therefore the next change must be a system change without any reservation. As coalition government is less transparent. Because a party has no real chance of forming a government alone, the manifestos they present to the public become irrelevant and often wildly unrealistic. Real decisions about political programmes are made after the election, in a process of secretive back-room negotiation from which the public is excluded.

I submit to you that the Barrow lead administration have pressing issues to fix as this is not the Gambia we dream neither The Gambia we want to see, where the police are fought as a result of arresting the drug dealers, where teenagers are raped, where crime rate and arm robbery increases, where view of political differences end at conflict, where people go to bed without peaceful mind as a result of thieves.

Another batch of top Gambian army officers have been dismissed. The issue of loyalty to President Adama Barrow and his government might have been responsible for their purging from the army. It has been gathered that over 15 officers believed to be loyal to the former president Jammeh have been shown the exit door.

The affairs of the country are being mismanaged by the new Government under the leadership of Adama Barrow, resulting in the country regressing and there are serious concerns arising over human rights violations consequently taking place. 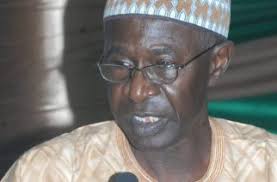 The Interim APRC Party Leader was summoned to appear before the Criminal Investigations Bureau (CID) branch at Kairaba Police station, on Wednesday 4th October 2017 at 11am. The Police expressed unease with the massive 50,000 people rally planned by the great APRC for the 28th of October 2017 at the Buffer Zone. The rally, a Launchpad for APRC's new National Co-coordinating Committee is a first step towards the party's restructure.

I also want to use this chance to draw to your kind attention to the frequent breakdowns of electricity in our locality and the great inconvenience it causes to the residents. It appears, however, the government is not doing anything to help remedy the situation, and there are failures of electricity several times in a day. Sometimes, the current is switched off for several hours in a stretch.

Kanilai bigot the unusual as a bitter confrontation between the peaceful protesters and Senegalise soldiers at the entrance of the village letting to blood shell. Resident of the rural settlement and the Foni environs demanding the immediate evacuation of both the Gambian and Senegalese soldiers in Kanilai.

The University of the Gambia is also in the verge of sinking as both lecturers and student find it difficult to access the internet which is a top priority in the world of academia. Since we are in the 21st century where most of the thing are done through internet I see no reason why that priority shouldn’t be provided at the UTG. Similarly, there is no dedicated computer laboratory for UTG students and internet speeds are slow, limiting downloads.

I must admit that Gambia at the moment isn't stable and the daily operations of government are gravely abnormal.  We the people, ask the Barrow administration to effectively work on their investigations instead of detaining suspects. For instance looking at the NIA9, it is imperative to note that at the start of the case there was no substantial evidence. Therefore, the government must take things gradually and cautiously before making any haste decisions, such actions may lead to dichotomy & chaos in the Gambia. Only when there is substantial evidence then one must act and hold those accountable. 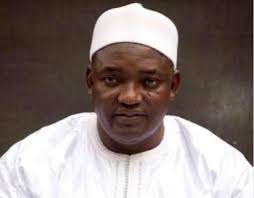 The Barrow administration is focusing too much of its attention on bringing down the legacy of Jammeh and his associates.  This energy could be better focused on trying to develop the economy and repair other areas of governance. Further the tendency of hiring based on compensation, political agenda, is an insult to the Gambians both those home and abroad.

We gone those days where citizens watch their leaders to ruin their country. The real trick to good governance is to place the needs of the masses above everything else; to lead not just with words but with action. Actions define priorities. It’s the only way President Barrow can successfully bring us the long sought dividend of democracy.