Open Letter To President Adama Barrow, The Chief Servant Of The Gambians! 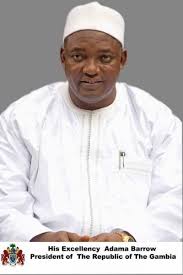 Please be informed that the President of the Republic of The Gambia has a very demanding job. The 1997 Constitution outlines many roles and responsibilities that a President need to execute in making The Gambia the last place of hope on earth. This role requires a president to be an inspiring example for the Gambian people and stands for the highest values and ideals of the country.

Presidency is the action of leading people in a country towards achieving goals and objectives. The President of the state do this by influencing his citizenry behaviors in several ways through setting up a clear vision for the country. According to the idea of transformational leadership, an effective leader is a person who does the following; creates an inspiring vision of the future, motivates and inspires people to engage with that vision.

The last time I checked your administration have lost touch with the people of The Gambia and have lost ability to maintain order, command and respect for the rule of law.  This is leading people to take the law into their own hands. With weak governance, and lack of education and leadership some Gambian people have misinterpreted the notion of democracy as having the freedom and right to act as they please without due regard for others.

It is one year now your administration is yet to demonstrate any leadership or clear direction.  This is believed to be an oversight due to your lack of familiarity and understanding of the existing constitution.  To my information the ministerial position for Defense also remains unfilled and has therefore been attached to the office of the President?  Is it to be assumed therefore that Barrow occupies the roles of President; Commander in Chief and Defense Minister at the same time? To date there is lack of clarity over this issue.

I submit to you that education is widely regarded as essential to economic growth, national development and overall prosperity. In The Gambia, education is valued very highly and theoretically given a high priority. Strangely enough, however, the teachers responsible for educating Gambia’s youngsters are not valued that extremely as expected compared to other jobs. Considering the rapid increase of goods and services, you would think that teachers would be among the highest paid professionals. Yet teachers are compensated unreasonably to their advanced education levels and are disrespected by many people.

If the salary for teachers were higher, then more people would want to join the profession. With more competition for teaching, the best people would be the ones who are ultimately to be hired. With better teachers at schools, more students would hopefully connect with what they are learning and want to go on to a higher education. With more education, graduates from the University of The Gambia would be better prepared to go out as far beyond Fatoto. 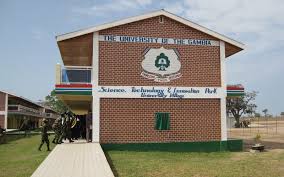 However, if we want to have a better educational system where students learn to develop themselves and strive hard to learn the values of life, we must focus our energy and resources on transforming the University of The Gambia and The Gambia College for good where it all began.

The Gambia has a big youthful population, majority of whom are poor, uneducated and are unemployed. Most of these youth have resorted to drug abuse causing high prevalence rate of mental illnesses. The female youth resort to prostitution as a quick way of earning money for a leaving.

To realize the dividend, your administration must invest in the empowerment, education and employment of her young people. There are thousands of young people in The Gambia today, representing a staggering amount of human potential. Yet too many of them are trapped in poverty, with few opportunities to learn or to earn a decent standard living.

Furthermore, your administration should consider steps to effectively integrate youth in political processes by taking advantage of new technologies. It is clear that we need to find another way forward. Politicians, decision-making institutions and influencers must engage in more open and transparent dialogue with young people that both elevates their voices and builds the trustworthiness of the institutions they engage with

The Gambia Youth are well energetic in performing their tasks and would be key to the growth and development of the nation. They are also well aware of the technological advancement such as various app which makes work easier. The youth should be given the opportunity to prove themselves by making politics accessible to them.