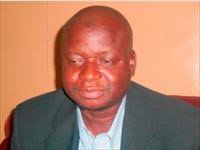 Please be informed that you are democratically and constitutionally conferred with the powers to protect the citizens of The Gambia. You as the crown of the said ministry is to guarantee the safety and protection of the President in particular, Gambians and their properties in general as far beyond all human pleasure.

I submit to you that the citizens are not safe anymore as the rapid increasing rate of theft, robbery and rape. The rate at which crime is increasing is quite alarming. Theft, murder and rape seem to have become the order of the day. It is quite baffling that in spite of the security measures taken up by the government. There appears to be no respite. What is more shocking is the fact that these crimes are being committed in broad daylights, particularly robbery.

Crimes against women and children have increased various during the recent past. This alarming rate of increase in crimes is a cause of concern for all right thinking citizens in the country. How do you do the above requirement when lawlessness, murdering and especially armed robbery, are on the intensification? You are very much aware of the fact that prevalence of peace and tranquility and safety of the citizenry goes a long way to tell or measure how successful one’s leadership or administration has been.

The last time I checked your institution have lost touch with the people of The Gambia and have lost ability to maintain order, command and respect for the rule of law.  This is leading people to take the law into their own hands. With weakened governance, strategies, education and leadership some Gambians have misinterpreted the notion of democracy as having the freedom and right to act as they please without due regard for others or their environment.

If one is not safe inside and outside their home due to the fear of being rape and robbed, how will they have confidence in the President and his administration for doing a brilliant job? Is it not a popular saying among some Gambians that if you are hungry, starving but feel safe and are peaceful, you are much happier? 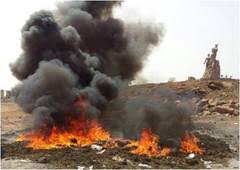 This immorality situation must be tackled as soon as a possible before it is too late. A multipronged strategy should be developed to check crime in society. The public at large and the students in particular should be educated to respect the sanctity of life and individual liberty. The police force also need to be educated to handle the situation intelligently and sympathetically. Likewise the media should be forced to play a responsible positive role too.

Furthermore to combat these indigenous conflicts, I will recommend you work with the stakeholders especially the civic societies to introduce village peace committees, as a grassroots peacemaking program, that will invite Imam’s and Pastors to join the program with the objective of  discussing love, forgiveness and reconciliation. Eventually, after the end of the program the pastors and Imams will go back to preach peace and love at their various congregations. In which people will be ready to forgive each other despite of their grievances and everything will start to come together.  In addition to this training, the Pastors and Imams in the program will preach at one another's congregations. As such will enable the pastors and imams to be like, light which will be shining in the communities.

In conclusion, your ministry should be frequently talking to the nation, visiting places and respond to people concern. You cannot run a ministry as your personal property; rules and regulation of the 21st century leadership style should be followed and implemented to minimize defects.