I Caught My Friend’s Wife Pants down. 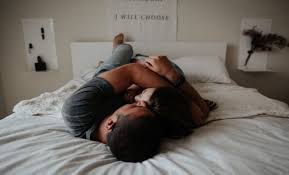 Musa is 26 years old and graduated from the University of The Gambia with a BSc. Degree Honors in Management with a minor in Marketing in 2013.  His father died from cancer 8 months before his graduation, leaving him with his mother who is a beggar with his 5 siblings.

Musa being the first son of the family with high expectation on him especially his sister Mama who was also attending the Management Development Institute where she read Gender and Development Studies. It was on a Friday when his sister informed him that she was told to pay her fee in two weeks’ time if not she will not sat to the exam.

It was on a Saturday when I visited my friend Modou who lives in Tallinding Farokono and works as an Accountant. During our discussion he suggested to me that he is looking for a gateman who will also double as a special assistant to his wife Horaja.

So luckily on my route home I met Musa in Tabokoto, after 5 minutes into our conversation he told me that things were not easy with him; he had applied to several institutions including NAWEC where he hand delivered the application to the human resource officer but up to date he is unable to secure a job and he is ready to do any job to earn a living. I told him that to thank God since his prayers were answered since it happened that a friend of mine was looking for a gateman. He could not believe his luck and thanked me profusely for recommending this job to him; he happily agreed to become a gateman for lack of anything to do.

One year ago I travelled to Tallinding to stay with my friends Modou and his wife Horaja, so I can facilitate my visa process at the American Embassy. My friend, Modou, has been married to his beautiful wife for three years without a child to fill the house with cries, laughter and joy. In the last week of June my friend travelled to Senegal on official business and something happened in his bedroom.

It happened on a Wednesday, I came back home because I could not meet up an appointment due to heavy traffic along the Kairaba Avenue route. I was reluctant to return home since I had just left but I could not think of a better place to go so I headed home. On getting to the compound, I didn’t find the gateman at his post and I was even angry because of the security risk of him leaving the gate open considering that there was a high rate of crime in Tallinding. 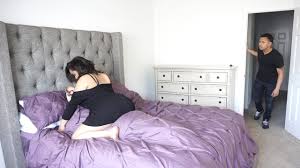 Something got me worried when I saw the gateman’s sandals right inside the sitting room. I got suspicious and told myself that something was going on between my friend’s wife and this dirty boy. I was right, as I moved closer to friend’s bedroom, I could hear screams and groaning of s***** pleasure from his wife and the gateman. I tried to peep into the room but it was difficult because of the protector.

I summoned courage and walked to the door as if I wanted to tell my friend’s wife that I was back. I opened the door and caught the woman red-handed under the dirty gateman Musa whom she was having an extramarital affair with.

I simply walked away and returned to the sitting room, pretending to be watching the Kerr Fatou programme on GRTS. Few minutes later, my friend’s wife joined me and started begging that it would not happen again. I didn’t said a word but when she kept pressing I told her that it ok and that I had heard her plea. She later brought lunch for me but I refused to eat. Although I had told her that it was okay, I was still disgusted by her actions. I believe she sensed that and would not stop crying and begging me to conceal her infidelity from her husband, my dear friend Modou.

The unfortunate thing is that she even tried to seduce me to sleep with her; a tactic I believe she used as a way of assuring her that I would not tell my friend. She would always come to my room half-naked but I refused to succumb to her lures. I stopped eating in the house but chose to eat out in restaurants which resulted to me being broke.

Two weeks after the incident happened, I received a call from the receptionist at the American Embassy informing me that I should pay the visa fee. Unfortunately, I did not have any money with me as I had used all the money to buy food.

Although I worried about how I would pay for the visa fee, I was in a constant dilemma; I kept asking myself whether I should tell my friend about the kind of wife he married or blackmail the wife by asking her for the visa fee?. What will you do if you were Modou’s friend?