Dr. ABS Taal was a Gambian academic and politician he was born in Banjul the capital city of The Gambia. He completed his high school education at Methodist High School before receiving his B. A. Hons in History and Political Science and a Master’s Degree in Political Science both from the New England University, Armidale in Australia. After the completion of his Master’s Degree with distinction he proceeded to the Massey University, Palmerton, New Zealand where he earned a Ph.D., Business Studies.  With dissertation focuses on “An evaluation of the role and effects of tourism policies on the development and growth of the tourist industry in New Zealand and in Fiji” a comparative study: a thesis presented in partial fulfilment of the requirements for the degree of Doctor of Philosophy in Business Studies.

Dr. Taal was among the first Gambians to earn a Ph.D at a world renowned prestigious university at a time when the idea of university education was not in the plans of The Gambia government to build one for her citizens. He served as Secretary General of The Gambia UNESCO National Commission and, later, was appointed Permanent Secretary in the Ministry of Education where he was responsible for the implementation of the national education policy as the Ministry’s administrative head.

During this period he also served as a part-time faculty member of the European Peace University in Stadtschalaing, Austria. He also served as Permanent Secretary in the Office of the President of the Republic of The Gambia, functioning as a technical adviser. During his tenure in the Office of the President, Dr. Taal was a member of the official delegation to the United Nations General Assembly meeting of September 1995.

He published several academic papers, such as the influential "Pan-Africanism - An African liberation ideology against the domination of Africans by Whites". 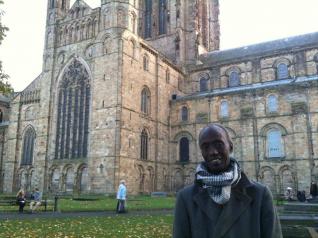 Dr.  Taal was not only a lecturer but a mentor and a father to many students. Most of his students are currently working in the international organizations across the globe. The role he played in the Gambia educational and political sector cannot be narrated within an hour neither a day.

He was an intellectual who treat all with respect and love despite of their age, gender, religion and race. I remember when he once told me Alieu be tolerant and always try to make a positive impact where ever you are on earth. He spent most of his time helping the needy as per achieving their mission, as he believed that knowledge is the only tool that can transform the world for better.

He was one time offered the opportunity to lecture in one of the European university with a high pay but he rejected the offer to serve the University of The Gambia for a better Gambia. As he believed that The Gambia belongs to The Gambians both those home and abroad and it is we The Gambians who can make it the last place of hope on earth.

O Allah, forgive Alieu Badara Saja Taal and elevate his station among those who are guided. Send him along the path of those who came before, and forgive us and him.