‘‘The Barrow Administration Should Protect The Rights of The Christian Communities’’ 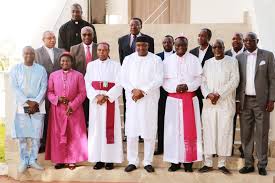 Readers could recall that Foroyaa, June 7, 2018 publication has it that. ‘‘According to reports, a young villager who belongs to the Christian faith, died and was to be buried in the Christian cemetery; that some people refuse family members of the deceased to bury their loved one at the cemetery because the land where the Christian cemetery is located is said to belong to one Seedy Barrow of Gunjur village; that Seedy deliberately decided to seize the whole land area which included the graveyard’’.

It was narrated by members of the Christian community in Teneneh that, they were burying their deaths in the said plot of land for almost 50 years. Besides, any outsider claiming ownership of the 50 years Land will violate the 1997 Land Acts of the Republic of The Gambia which stated that no single Gambian should claim ownership of land which he never built or used as Agriculture purposes for the past 12 years.

‘‘The issue has to do with the graveyard which is in use by the Christian community in Younna for over 40 years. In which our ancestors were buried up to date it is the cemetery we bury our corpse. Surprisingly, we were asked to reduce its size. Besides reducing the cemetery size as proposed can have an impact in the future considering the population growth’’. Said, Pastor Robert.

Of recent Fala bigot the unusual, this is an old Manjago community in Kombo south kilometer from Sanyang Village. It is believed that they were given their settlement by the people of Sanyang many years ago. Due to swine production, they have to settle far from the Muslim communities for a better society. The said Manjago Christian communities are facing hostility by the land grabbers from the area. The community members are asked to vacate their over 50 year’s village because some people claim the lands were given to them by their grandparents and now they are reclaiming it. (Omar, 2019)

It is very sad to see the minority being suppressed and subjected to all kind of inhumane and immorality pain in The Gambia that belongs to all religions, tribe, race and gender. The above mentioned have been aggravated by politics. It is sad to say that but most politicians either publicly or privately try to encourage tribal sentiments for their own self-centered interests.

The buck stops with the government. They make the laws and introduce regulations that should ensure this kind of thing does not happen. If there is proper legislation introduced which covers every possible eventuality, it will ensure that no loophole exists to be exploited by anybody. (The Point, 2012).