“The Truth Shall Be Told Sir. Dawda Jawara Was Never the Mastermind of Gambia’s Independence But Edward Francis Small” 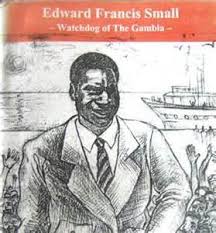 The word independence means a situation where a nation is "not dependent", or not having to depend on any other nation for her affairs. It also means being strong and able to survive alone as a sovereign nation. Meanwhile for a nation to be independent means being able to take care of their own needs and to assume responsibility for her decisions while considering the citizens and the environment in general.

In January 1891 a legend named Edward Francis Small was born in Bathurst (Banjul) to an Aku Family a lineage of the repatriated slaves from Britain. Small attended the Methodist High School in Freetown, Sierra Leone after completion he gained employment in 1910 at the Post Office. He later quit the employment at Post Office for teaching in 1915 before he became a clergyman with the Methodist Mission.

Small was a brave man at a time when majority were puppets to the British rule. In 1917 Small was posted to Ballanghar Village on a trial period however, he was soon moved to Sukuta following what's called the "Ballanghar Incident". He had given an instruction for the campanile's bell to be rung to mark the yearly "Watch Night Service", the gathering of the faithful in church on New Year's Eve. The ringing however, annoyed James Walker a British Merchant living in Ballanghar too.  Which resulted to a heated quarrel and ended up a fight. Later Small was being fired from the church for standing against the injustice and neocolonialism.

Furthermore Small realized that organization and motivation were the most useful traits for a nation to liberate from colonization. It took Small and co. for a period of ten years of discussions, fights and strikes before bearing fruit on the way forward but in 1930, the first representative institution was established called the Bathurst Urban District Council and Board of Health. The knowledge and experienced he got motivated him in to the struggle to liberate The Gambians from the maladministration of the British rule. It is on record that Sir. Edward Francis Small was the mastermind, architect and one of the innovative leaders on the struggle to Independence of The Gambia from colonial Britain misrule.

The last time I checked Hannah Forster, a prominent businesswoman in Banjul, was among the first women who used her earned money to fund Sir. Rev. JC Faye to form the Gambia Democratic Party in 1951, which was the first Gambian political party in history. Besides, Modou Musa Njie, one of the wealthiest businessmen tycoon of his time then, had his pocket behind PS Njie’s United Party, which was also formed in 1952 a year after the formation of the Gambia Democratic Party.

Meanwhile, at a time a powerful and influential traditional ruler and merchant Mr. Sanjally Bojang of Brikama gave financial support to Sir Dawda Jawara to form the People’s Progressive Party in 1958. Five years later after the existence of political parties in The Gambia such as the GDP and UP. Moreover Mr. Sanjally Bojang was an agent for the groundnut companies too that used to export groundnut to Europe for further processing. Sanjally used to purchase most of the groundnuts produced in the provinces as per his relationship and trust with the rural farmers. 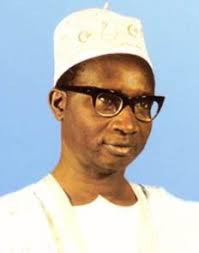 In the 1960 elections was held and the two main contenders were the United Party and the PPP with the result that the PPP won 8 seats while the UP also won 8 seats. This was due to the lack of provision of a Chief Minister to oversee the various new departments of Government which resulted to the then Governor Edward Windley as the powers bestowed on him decided to appoint P.S. Njie in 1961 when the majority of chiefs showed their support for him.

This as a result led to the resignation of Jawara as the Minister of Education and triggered a political head. The colonial government decided to assemble the Bathurst and London constitutional conferences of 1961. The outcome of the talks was the 1962 constitution that heralded the way for internal self-rule.

It was after the 1962 election DK Jawara went into a coalition government with PS Njie of the United Party to form the Gambia's first independent government. Independence Day came in 1965 when The Gambia was admitted to the Commonwealth as an independent constitutional monarchy with Queen Elizabeth II being the nominal Head of State. This Followed on a referendum held on the 24th April, 1970, The Gambia became a republic with Jawara's title changing from Prime Minister to President.