MILITARY INTERVENTION IS NOT THE SOLUTION TO THE GAMBIA’S POLITICAL SITUATION?

The future of The Gambia lays on us the Gambians that one have to acknowledge, no one will come from nowhere to make the Gambia a better place for us. Gambians have to be very careful in consuming the negative ideas being ejected to us.  The Gambia is known for its peace for centuries in which some are not satisfied with it. Why? Because they are enemies of peace.

The fiascos of intervention in Afghanistan and Iraq discredited the notion of humanitarian militarism. The recent war in Libya has, however, put wind back into the sails of those who advocate military intervention in pursuit of liberal or humanitarian objectives. Calls for military action in Syria are getting louder, and Iran is also increasingly being viewed through the cross hairs.

Are we today on the verge of a new round of foreign intervention? A sober debate over military intervention might benefit from a brief look back into history. After nearly two centuries of bloodshed, the Treaty of Westphalia ended the nearly continuous series of wars involving the Holy Roman Empire, France, Spain, Sweden, the United Netherlands and several European city-states. Crucial to the treaty was the notion of sovereignty: states could no longer legitimately meddle in the internal affairs of other states. 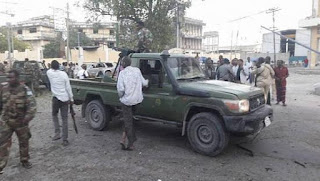 We are seriously concerned over the trend towards the normalization of military intervention into situations designated as humanitarian crises. The world must not be allowed to return to the situation before 1940, when international law was little more than ink on paper. The discontent of (parts of) a population in a given country cannot be used as an excuse to destabilize, attack or occupy weaker countries, thereby undermining the international legal order.

Humanitarian interventions are often defended under the premise that all else has been tried and failed. In reality, it is usually the Western powers that undermine a negotiated settlement, or fail to give negotiations a reasonable chance. This was the case in Kuwait (1990), in Somalia (1993) and in the former Jugoslavia (1996-1999). It also holds true over the past decade. The South African president did not complain without reason to the UN Security Council, arguing that the African Union had been pushed aside in the search for a negotiated settlement in Libya. Moreover, the West continues to fuel conflict by arming, training and financing one (or more) of the conflicting parties. Also has demonstrated very well its dangers and capacity for catastrophic failure.

We cannot accept that the West compensates for its waning global power by using humanitarian military interventions as a cover for pursuing geostrategic interests. We can no longer look on passively as powerful economic interest groups set out to conquer the world "in our name." We stand against the politics of intervention, even when it wraps itself in the cloak of humanitarianism. A wolf remains a wolf, even when dressed in sheep's clothing. (Ludo De Brabander, 2012) 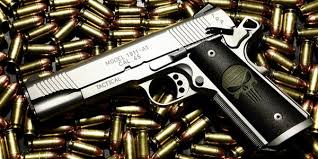 If military intervention the solution to the current political situation?

Oh The Gambia, Oh The Gambia
The Land of Peace, The Land of humanity
The land of all race and the land of love
I was born and heard the name of the smiling cost of Africa
I tough I shall live and narrate the meaning to my son Zakir

What a situation we are experiencing
where each and every junction on the street are with soldiers with AK.47's,
Oh The Gambia where are we heading to? Is this the Gambia we want to see?

I wish I could wake up not to see a Soldier with a gun
Oh you Mr.Gun I am not afraid of you but afraid of the person holding you. I pray to God to take your life today Mr.Gun

Oh, Mr.Gun, why are you a treat to mankind?
Why, do you want to take advantage?
Oh, Mr Gun why can't we be friends,
to leave peacefully like family without harming one another?

Oh you the angel of peace come now and save us
come and guide us, come and saw us the way out
For the Gambia our home land!! 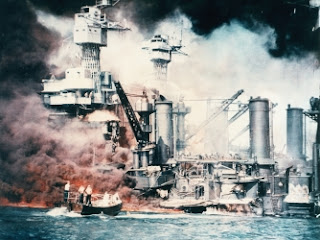 I may never be President of The Gambia, but at least I have earned unreserved rights to good governance by virtue of my citizenship and my law-abiding nature. I, hereby, do solemnly pledge to consistently and continually fight for this noble right of mine, along with those who care to join me.

Finally, at the end of the day, military intervention does nothing to resolve the underlying reasons for conflict. More often than not, conflict is the result of poverty or socio-economic Inequality, which in turn has its origins in destabilizing agricultural, trade and debt policies emanating from Western dominated institutions. The resources wasted on military intervention might otherwise have sufficed to pursue policies aimed at social development, which might in turn have contributed to the prevention of violence.

“The Gambia belongs to us The Gambians, both those home and abroad and by putting our thoughts on paper we shall be heard”