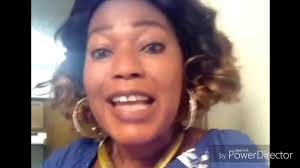 I was very astounded, disturbed, flabbergasted, dumbfounded and irritated beyond all human survival, when I saw the hateful video directed to the president meant to represent waa Banjul. It is in that note I write with dismay to condemn and register my total dissatisfaction as per the said disrespectful speech with the intention of dividing The Gambia that we dream will be the last place of hope and peace on earth.

The aforesaid immorality video by Ida Riley was a hateful fabrication of intolerable huge lies, extreme dislike, deep-rooted academic and intellectual suicide, calculated and intended to portray the president of the Republic of The Gambia in bad light, and to maliciously destroy the dignity and impeccable honor, which the president is known for.

The last time I checked you have the “right of freedom of speech and expression” and “right of academic freedom”, which are expressly guaranteed by section 25 (1) (A) and section 25(1) (B) respectively, of The Gambia’s 1997 Constitution. But I submit to you that you are totally abusing the said right which is unethical and undemocratic. 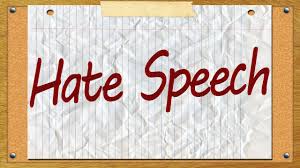 It is hearth touching and breaking to see a lady of your caliber raining insults to the president of our great nation. Being it in Islam or Christianity it is totally uncalled for to insult a president. One of the largest consequences of hate speech is the effect that it can have on a victim’s mental health. Many of those who are victims of hate speech may self- harm, or become suicidal, their confidence and self-esteem may be affected, as well as many more consequences. While many people believe that how someone interprets their words is not their problem, this is not true. It is your responsibility to ensure that your words aren’t hateful and odious.

Saying that someone should get over it that not allowing you to use hurtful words is oppressive and in violation of your free speech as per the 1997 constitution that’s commonly known as “passing the buck”. Refusing to take responsibility only causes more problems. Learn from your mistakes, accept that it is your responsibility not to hurt others. No one wants to be the person responsible for endangering someone’s mental health, or for lowering their confidence and self-esteem.

In the law of some countries, hate speech is described as speech, gesture or conduct, writing, or display which is forbidden because it incites violence or prejudicial action against a protected group, or individual on the basis of their membership of the group.

Hate speech will not solve a problem neither led to peace. It is only through dialogue; reasoning and critical thinking can help remedy the situation.  All mortals from now shall live like one people, united and peacefully working forwards a common prosperity. You should regard the whole world as your country a country where the best govern, with common laws and no racial distinctions. I do not separate people as many narrow minded others do, I'm not interested in the origin or race of citizens. I only distinguish them on the basis of their virtue. 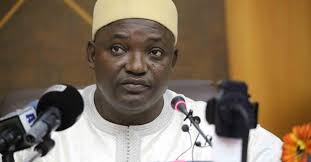 Social media and the Internet have opened up for many new arenas for exchanging opinions. Freedom of speech is an absolute value in any democracy, both for the public and for the media. At the same time, opinions and debates challenge us as hate speech are spread widely and frequently on new platforms for publishing.

Hate speech may cause fear and can be the reason why people withdraw from the public debate. The result being that important voices that should be heard in the public debate are silenced. We all benefit if we foster an environment where everybody is able to express their opinions without experiencing hate speech. In this matter we all have a responsibility.

Finally Ida, By taking responsibility and ensuring that the words you use aren’t hateful or intended to incite hatred, you can be part of the movement to stop hate speech. Your contribution is important, you are important, and you can stop hate speech. Instead of being the person who sends someone home upset, hurt and angry, or who pushes someone to the point where they feel the world hates them, you can be the person who ensures that they haven’t been forced to endure hateful words, actions or expressions.

God save The Gambia!!