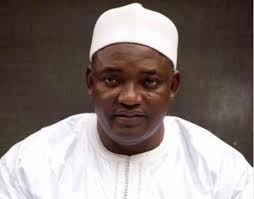 It is a big disappointment to learn that President Barrow visited Foni, Sibanor as part of reconciliation efforts where he met the traditional and Community leaders as if Foni is the Gambia’s problem. There will be no reconciliation when parts of the population is labelled as anti-government as a result of their tribe, culture, political ideology and geographical area.

Previously Kanilai bigot the unusual as a bitter confrontation between the peaceful protesters and Senegalese soldiers at the entrance of the village letting to bloodshed. Residents of the rural settlement and the Foni environs demanded the immediate evacuation of both the Gambian and Senegalese soldiers in Kanilai. The protesters were shot on their route to Kanfenda leading to some civilians sustaining injuries and death of one civilian by name Mr. Haruna Jatta who was later laid to rest on the 6th June, 2017.

It was narrated that the ECOMIG soldiers from Senegal were informed to shoot the protesters as they are rebels from Cassamance? If that is true then it is complete idiocy to allow any nation, regardless of the external generosity to fight their enemy within your land, and knowing very well and with supreme belief that the aftermath can be life threatening.

Many will asked this question. Why the heavy deployment of soldiers in one part of the country concisely Foni stuck in the minds of most Gambians? To protest again external forces is not a crime as it happened in Congo, Haiti and many more. In Senegal the last time I checked the number of protest occurred is uncountable but none of the protesters were shot to death with a life bullet. But why on the Fonika’s? Also if protesters were armed with weapons as claimed by the then minister of Interior Mai Fatty. How come only civilians were injured and killed? 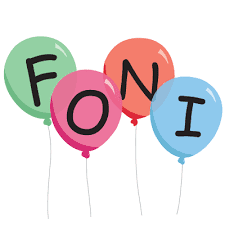 The question on  might be quick to ask shall be why should it took Barrow for one year to visit foni after all calamity that took place.  Barrow is the president which none of the Fonika’s denied. The Gambia belongs to The Gambian’s both those home and abroad. Therefore In rebuilding a new Gambia we all dream all regions need to be represented well and treated equally despite of political ideology. In a place where trust does not exist, love, respect and solidarity are also absent. The lack of trust destroys families, country, as well as social, cultural, and economic life.

The Faroto folks also demonstrated which ended to riot and resulted to the burning of cars owned by individuals. In Bakau the Police were also being attacked by the angry, irritated youth as a result of arresting the drug dealers. There was another bitter confrontation between the Police Intervention Unit Officers (PIU) and the people of Bakoteh which ended of dumping the collected waste at the Mayor’s office in Kanifing but to my surprise none were shot with a life bullet neither a tear gas was used unlike what was done to the people of Foni.

Barrow need to know that Foni is not the problem but the people who prevailed on Former President to subvert the will of the Gambian people are the problem. And those people should never be allowed at any cost to come near to the corridor of authority again.

One cannot use Foni to prevail with the excuse of cajoling for peace. We the sons and daughters of Foni can sort out any issue amongst ourselves in the spirits of one Gambia, one family and one people. In fact, there is no problem in Foni as most narrow minded think and want it to look like. Foni should not and cannot be a prolific ground for anyone to rejuvenate his or her political ambitions. We the Fonika’s are not sleeping and shall continue to rebrand the name of Foni for better. We will take the lead and government must recognize that. Strangers cannot be talking to our people as if we the Foninka’s do not have all what it takes to resolve whatever misconceptions or perceptions that exist.

The real trick to good governance is to place the needs of the masses above everything else, to lead not just with words but with action. Actions define priorities. It’s the only way the Barrow lead administration can successfully bring us the long sought dividend of democracy.