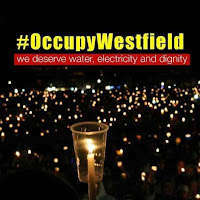 I stand with the Gambia youth who are demanding for the State to provide them with uninterrupted electricity and water supply. The above movement is democratic and constitutional as per the “right of freedom of speech and expression” and “right of academic freedom”, which are expressly guaranteed by section 25 (1) (A) and section 25(1) (B) respectively, of The Gambia’s 1997 Constitution.

The Gambia youth have the right to organize peaceful demonstration or to take part in meetings in a peaceful way as per the laws of the land. It is also the duty of the states not only have an obligation to protect peaceful protesters, but should also take measures to facilitate them too.

I believe that peaceful protest is the most effective way to make a change. When it comes down to it all the people who were the most known for protesting like Edward Francis Small, Martin Luther King, Gandhi, Mother Teresa and Nelson Mandela. None of these leaders used violence. They used their words and knowledge and got their point across and changed the world.

Under international law, the right to freedom of peaceful assembly is not a crime as many narrow minded reason. The State should not limit this right for certain groups based on sex, tribe, religion, political affiliation, status or other opinion. 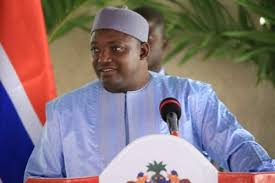 In a democratic State it is the duty of the State to provide basic needs such as water and electricity to her citizens. The President is not fair to us at all. His family is enjoying the 24hrs uninterrupted supply of electricity and water. Whiles us the voters our families are suffering beyond all human survival.

Peaceful protest is the most effective way to bring about change. Just look what Martin Luther King Jr did. He led protest in the south and he earned legislations respect. They were willing to hear what he had to say unlike Malcolm X, since the government considered him a criminal.

Such a thing is a sign of bad leadership at the peak, leadership is the ability to protect and provide your citizens with their basic needs. Availability of basic needs such as water and electricity are a violation of human right.

Electricity is very vital in our daily lives, the patients who are getting their treatment in different hospitals also face many difficulties as per NAWEC inability to supply electricity to the citizenry. The patients operations are not happening on time as the electricity is moving on and off like a rocket. This increases their diseases as the fans of the hospital are not moving which result to the patients feel great pain in their body.

The events of theft are increasing in the new Gambia. The thieves get chances of stealing in the darkness of night created because of the breakdown of electricity by NAWEC. So there is a kind of fear among people in The Gambia.

Many businesses are compelled stop their working for inadequate supply of electricity and water and, therefore suffer a great loss of business. Students suffer heavily and cannot study which might affect their performance as this irregularity in electric supply is causing obstacles in their daily preparation.

This year is extremely hot and the old people are facing difficulties to tackle the problem.  The problems of current electricity supply also lead to some other illegal activities to take place beyond all human imagination.

I challenge the Gambia youth to come out in their thousands with candles to light them up and occupy Westfield. The Gambia belongs to us The Gambians both those home and abroad. Our today’s action will have an impact in our future. Therefore let’s speak as in speaking we shall be heard.