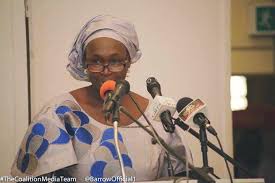 Please be informed that a Press Secretary is a senior government official whose primary responsibility is to act as spokesperson for the executive branch of the government administration, especially with regard to the President, senior executives, and policies. It is in that regard I write to remind you about the untold stories in our country The Gambia.

The question one might asked shall be is that The Gambia Edwards Francis Small fought for? If Small were to arise from the grave yard on see the killings, robbery, theft and rape happening in The Gambia that he dreamt would one day be the heaven of peace. I am quite sure that he will regret the sacrifices he made to see The Gambia where one day her citizens will go to bed at any time and live without fear of being robbed neither rape.

How do you do the above requirement when lawlessness, murdering and especially armed robberies, are on top of mountain Kilimanjaro? You are very much aware of the fact that prevalence of peace and tranquility and safety of the citizenry goes a long way to tell or measure how successful one’s presidency or administration has been. This is in addition to creating jobs for the people to better their standard of living and curtailing or wiping off institutional corruption and other criminal practices from the society.

It is ten months since the new government’s inauguration and Adama Barrow is yet to demonstrate any leadership or clear direction.  This is believed to be an oversight by the presiding President and his advisors, due to a lack of familiarity and understanding of the existing constitution.  To my knowledge the ministerial position for defense also remains unfilled, and has therefore been attached to the office of the President.  Is it to be assumed therefore that Barrow occupies the roles of President; Commander in Chief and defense minister at the same time? To date there is lack of clarity over this situation. Is it that in the whole country there is no Gambian who meet the requirement for Defense Minister? 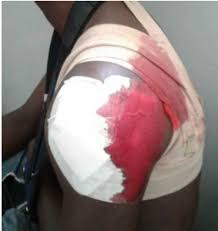 The last time I checked the government have lost touch with the people of The Gambia and have lost ability to maintain order and command respect for the laws of the land.  This is leading people to take the law into their own hands. With weakened governance, and lack of education and leadership some Gambian people have misinterpreted the notion of democracy as having the freedom and right to act as they please without due regard for others or their environment, as Barrow and his administration look on hopelessly.

If one is not safe inside and outside their home due to the fear of being rape and attacked by thieves and armed robbers, how will they have confidence in the President and his administration for doing a brilliant job? Is it not a popular saying among some Gambians that if you are hungry, starving but feel safe and are peaceful, you are much happier?

Of recent the most madness, psychosis, stupidity, foolhardiness occurred when angry folks register their total dissatisfaction through dumping the collected waste at the Mayor’s office. This attitude is on Gambian, undemocratic mathematically calculated and wrongly executed.

The Mayor’s office is not own by him neither me no you it is owned by all Gambians. Dialogue is very important since it create the room,   space and the opportunity to reach peace. This reminds me of the former American president John F. Kennedy when he said “Never fear to negotiate and never negotiate out of fear”. 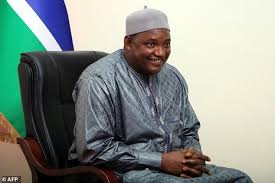 I submit to you that the coalition is now divided into fragments and some of the political parties of which it comprises of are now no longer Seeing Eye to eye.  Some key figures who were regarded as the voice and face of the coalition no longer believe or trust in the Barrow’s lead administration.

This situation must be tackled before it is too late. A multipronged strategy should be developed to check crime in society. The public at large and the students in particular should be educated and told to respect the sanctity of life and individual liberty. The police force need to be educated to handle the situation intelligently and sympathetically. The media should be forced to play a responsible positive role.

Please be reminded that the Gambia tourism has successfully improved and developed but it is still facing some challenges beyond imagination which have greatly affected the safaris tours with in the country. These challenges include; Limited marketing due to insufficient funding as a serious problem facing the tourism industry and it has retarded many people internationally to know Gambia as a tourist destination hence   affecting safari to the smiling coast.

Many Gambians depend on the tourism industry which is referred to as the backbone of the country. The industry contributes over 20% of our GDP, it offers lucrative employment both directly and indirectly, it provides much needed foreign exchange earnings and also contributes towards our yearly balance of payment. This sector has registered impressive growth of over 4.5 percent on average, thus encouraging the construction of more hotels and increase in the number of tourist arrivals. 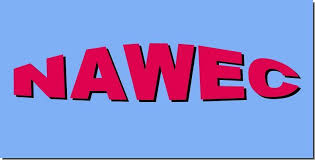 In another note the patients who are getting their treatment in different hospitals also face many difficulties as far beyond any imagination. Their operations are not happening on time. This increases their diseases. The fans of the hospital are not moving. So patients feel great pain in their body due to the inadequate supply of electricity by the State institution (NAWEC).

The events of theft are also increasing in The Gambia. The thieves get chances of stealing in the darkness of night created because of the breakdown of electricity by NAWEC. So there is a kind of fear among people in The Gambia.

You don't lead by pointing and telling people some place to go. You lead by going to that place and making a case. —Ken Kesey