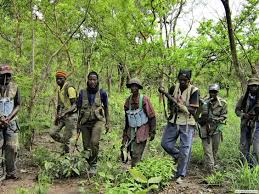 The Cassamance was subject to both French and Portuguese colonial efforts before a border was negotiated in 1888 between the French colony of Senegal and Portuguese Guinea (now Guinea-Bissau) to the south. Portugal lost possession of Cassamance, then the commercial hub of its colony Cassamance, to this day, has preserved the local variant of Upper Guinea Creole known as Ziguinchor Creole, and the members of the deep-rooted Creole community carry Portuguese surnames like Da Silva, Carvalho and Fonseca.

Empirical evidence and theoretical work suggest that conflicts over self-determination are particularly likely to escalate into very violent and protracted civil wars. However, the intensity of the secessionist conflict in Cassamance, Senegal, remained low.

The Movement of Democratic Forces of Cassamance (French: Mouvement des forces démocratiques de Casamance, MFDC) is the main separatist movement in the Cassamance region of Senegal, founded in 1982. It was supported by Guinea-Bissau President João Bernardo Vieira until he was overthrown in 1999.

The MFDC has called for the independence of the Cassamance region, whose population is religiously and ethnically distinct from the rest of Senegal. The bloodiest years of the conflict were during the 1992–2001 period and resulted in over a thousand battle related deaths.

On December 30, 2004 an agreement was reached between the MFDC and the government which promised to provide the voluntary integration of MFDC fighters into the country's paramilitary forces, economic recovery programmes for Cassamance, de-mining and aid to returning refugees. Nevertheless, some hard-line factions of the MFDC soon defected from elements of the MFDC who had signed the agreement and no negotiations took place following the breakdown of talks in Foundiougne on 2 February 2005.

Fighting again emerged in 2010 and 2011 but waned following the April 2012 election of Macky Sall. Peace negotiations under the auspices of Saint Egidio community took place in Rome and on 14 December 2012, President Sall announced that Cassamance would be a test-case for advanced decentralization policy. 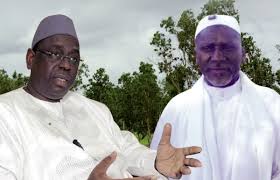 A 1998 Caritas census gave a figure of 62,638, out of a total Cassamance population of around 1.1 million. Ziguinchor, the capital of the western region of the Cassamance, has received some 14,000, with a further 6,000 in other Cassamance towns. UNHCR figures indicate that a further 10,000 people are refugees in Guinea-Bissau and The Gambia.

Several ceasefires were agreed during the 1990s, but none lasted, and the conflict hit European headlines when four French tourists disappeared, both sides blaming each other. Father Augustin Diamacoune Senghor had come to lead the MFDC and pursued a policy of talks and reconciliation. However, the Senegalese government refused to consider independence for the region, leading some MFDC members to split and restart the fighting.

Another ceasefire was signed in 1997, but about 500 people were reported dead in battles up until March 2001, when Senghor and Abdoulaye Wade, the President of Senegal, agreed to a peace deal. This allowed for the release of prisoners, the return of refugees and clearance of land mines but did not bring autonomy. Some in the MFDC regarded this as a betrayal, and the movement split with two factions battling each other.

The MFDC's armed wing was established in 1985, and since 1990, the Cassamance conflict, a low-level insurgency led by the MFDC against the government of Senegal that has been characterized by sporadic violence and frequent but unstable ceasefire agreements. An illegal shipment of weapons hailing from Iran was seized in Lagos, Nigeria in October 2010, and the Senegalese government suspected the MFDC of having been the intended recipients of the weapons. Senegal recalled its ambassador to Tehran over the incident. 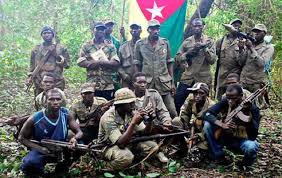 The Cassamance rebellion is much less well known internationally than other civil conflicts in West Africa, notably in Liberia and Sierra Leone. There are a number of reasons for this. First, it is on a relatively small scale. In Sierra Leone, for example, numbers of combatants, casualties and displaced people have all been an order of magnitude greater. Also, while brutal enough the conflict has not involved the same systematic mutilation of civilians, nor the forced recruitment of child soldiers both attention-grabbers in the reporting of contemporary conflicts.  (Martin Evans, 2002)

There are obstacles to disseminating information about the conflict. This is perhaps surprising, since the conflict is probably less difficult to investigate than most. Senegal has no particular habit of suppressing undesirable information, and the country has a vigorous, largely free press. Senegal also has a strong academic tradition, with good links to Western academia. The Casamance itself has been largely accessible during the conflict. However, the area is a long road journey from Dakar, where most media are based, and the trip involves a troublesome crossing of The Gambia