The Need for A National Youth Revolutionary Movement (Part.1) 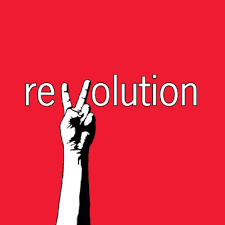 There will be no democracy if a portion of the population is being denied their constitutional right to lead not only with words but with action. The removal of age limit show a clear testimony of constitutional coup and hijack that the youth are not important in national development.

Youth leadership opportunities are often overlooked by adults, either knowingly or unknowingly, but the results are the same; a lost opportunity for young people to take the lead. Even when adults consider themselves champions for youth in leadership roles, many times adults are asked to assume the leadership positions instead of letting youth take the lead to build their future.

The Gambia is the only country where Young people are often excluded or overlooked as political candidates, but see the youth as the people who supposed to be clapping and singing during the campaign. Not knowing that the youth often play central and catalyzing roles in movements for democracy around the globe in making the world a better place to live in.

Gambia politics is typically regarded as a space for politically experienced men above 60, and while women are also disadvantaged in accumulating experience to run for office, young people are systematically marginalized because of their young age, limited opportunities, and projected lack of experience by the pensioners who want to lead by all means.

Widespread global mobilization and action demonstrate that young people care deeply about social causes, while recent events in the Arab States and elsewhere have highlighted how youth can play a vital role in democratic change.

We the Gambia youth face many issues in our own country, but these issues go unheard. Since the youth would better understand other young people, the best way to improve this newer generation would be through politics, which is a tool used to take action for development.

The Barrow lead administration should consider steps to effectively integrate youth in political processes by taking advantage of new technologies. It is clear that we need to find another way forward. Politicians, decision-making institutions and influencers must engage in more open and transparent dialogue with young people that both elevates their voices and builds the trustworthiness of the institutions they engage with.

The Gambia Youth are well energetic in performing their tasks and would be key to the growth and development of the nation. They are also well aware of the technological advancement such as various app which makes work easier. 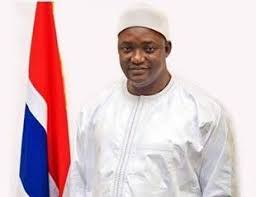 Youth should be given the opportunity to prove themselves by making politics accessible to them. The right balance of young talent and experienced politicians can lead to the cleaning of politics and can restore the public faith in the political system.

Our mission is supporting a new generation of progressive young leaders and empowering them to fight for progressive change, elevating the political consciousness. And to transform Gambia’s politics and economic systems in responsive to the needs of The Gambians.

The vision dedicated to liberate Gambians from the bondage of leading by the pensioners with the aim of re building a better Gambia that would one day be led by a youth not only with words but with action.