How Legal And Constitutional Was The Arrest Of John C.B Mendy? 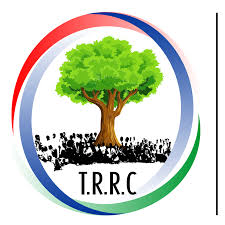 I have to acknowledge the significance on the official launch of the Truth, Reconciliation and Reparations Commission (TRRC) by President Barrow, on Monday, 15th October 2018, to unearth the alleged summary executions, disappearances, torture, rape and other crimes that purportedly happened during the Jammeh’s 22 years brutal rule.

However, readers could recall that on 19 and 20 March 2019 Mr John .C.B. Mendy appeared before the Truth, Reconciliation and Reparations Commission (TRRC) and testified about many events including the 11 November 1994 incident. It was highlighted that ‘‘The Gambia Police Force was informed by the MoJ to arrest and detain Mr John C.B. Mendy who was attempting to leave the country on 2 April 2019, for Casamance in the southern region of Senegal through the Giboro/Sileti border crossing’’.

Moreover, a Press Release issued by the Ministry of Justice on Tuesday 2 April 2019. Reads; ‘Based on a totality of the evidence adduced before the TRRC so far, and in light of other available evidence in the possession of the TRRC, it was evident that Mr J.C.B. Mendy was “outrageously dishonest” in his testimony about his role in several incidents of violence’. Besides, Section 13(a) of the Truth, Reconciliation and Reparations Commission Act, 2017 has it that the objective of the commission is to create an impartial historical record of violation and abuses of human right from July 1994 to January 2017. 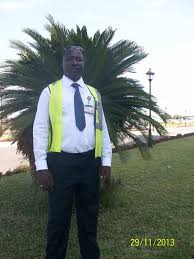 On a similar note; the release added ’‘Consequently, the Attorney General, in order to encourage truth-telling before the TRRC and strongly discourage any attempts to deliberately conceal the truth in the face of mounting evidence, recommended the immediate dismissal of Mr J.C.B. Mendy and requested the cooperation of his employers at The Gambia International Airlines (GIA) in this regard’’.

The question is how did the Ministry of Justice reach the conclusion that JCB Mendy was not speaking the truth when the said TRRC is still ongoing also was he the only one who lied under oath to warrant the recommendation of his dismissal?.

Furthermore, was any travel ban issued on any of the TRRC witnesses as opposed to Section 25 (2) of the 1997 Constitution? Which reads; Every person lawfully within The Gambia shall have right to move freely throughout The Gambia, to choose his or her own place of residence within The Gambia, and to leave The Gambia.

Surprisingly, Section 24 (3a) reads; every person who is charged with a criminal offence- shall be presumed innocent until he or she is proved or has pleaded guilty.