Africa Will Be Ruin By The Thieves We Call Leaders 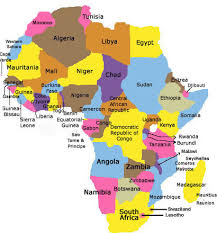 Africa has been politically backward and immature throughout the ages, with lots of violence, injustices and above all corrupt practices. Her children on the other hand, while thinking about better days to come their way, have been proven wrong by people they voted into public offices.

Among many others, corruption, tribalism, nepotism and other abuses of office, continue to be main the issues that stagnate the progress of this great continent.

The major cause of these existing wrongdoings in our darling and resource-rich continent is mainly poor leadership and governance. This practice doe not spare any individual, anybody person can be easily offended by these bad practices in the continent.

If care is not taken, the aforementioned coupled with conflicts and diseases will depopulate the continent to such an extent that it will never be able to compete in the international stage.

Imagine Africans killing each other and destroying the continent's resources, all due to the big thieves we call leaders, who cling to power and loot all the continent resources. It even appalling to find out that, those leaders don’t have hope in our healthcare and education system, because whenever their family is sick they will be rushed to health facilities abroad at the expense of the poor tax payers.

It is enough to mention the gun rule and slaughtering of people in Southern Cameroun, Libya, DRC, and Darfur, not to mention the killing of innocent civilians in Cassamance Southern Senegal. These are clear indications, that African leaders are themselves responsible for Africa's underdevelopment, genocide and political turmoil. 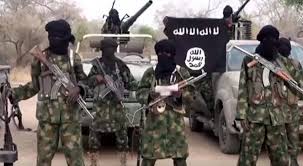 Africa has now turned to be the land of sorrow; it is the Continent that produces Bokou Haram and Al-Shabaab, the two Terrorist Organizations that preside over the killing of thousands innocent youth, women and children under the watch of our greedy heads of states.

Without a doubt, many citizens in Africa do not have trust in their leaders. This is because more often than not those leaders tend to abuse power for various reasons known to them. It is often said by many that African leaders put first their personal interests than that of the State and this is evidently seen in their dealings.

Corruption, nepotism, and egoism are the order of the day for them, however, no sooner did they overcome these, I only hope so, Africa’s development will propel like a Jumbo Jet. It is always better late than never to make amends.