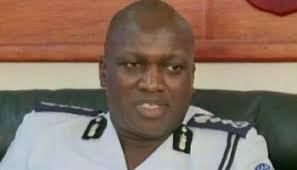 Please be reminded that The Gambia Police Force is the primary law enforcement agency in The Gambia. Under the Ministry of the Interior, the force is headed by an Inspector General of Police. The first police force in The Gambia was the Gambia River Police, formed in 1855. Prior to this, security in the small colonial enclaves was provided by British troops and a small local militia, drawn from traders, freed slaves, and other settlers. The River Police's role was to control smuggling, enforce taxation, and prevent insurgencies. Its 10 men were aided by the local militia, and were further reinforced in 1866 by the establishment of the paramilitary Gambia Constabulary. Initially formed with 40 constables, this was increased to 100 in 1870. At this point, all imperial troops were withdrawn from the colony and policing was left to the Constabulary and local militia.

A Frontier Police force was founded in 1895. The establishment of the West African Frontier Force in 1900 led to the creation of the Gambia Company in 1901, which also aided in maintaining the colony's security. In the Protectorate, security was the responsibility of the district chief. In 1909, the British issued an ordinance granting the chiefs to appoint 'badge messengers', who were allowed to keep the peace and had all the same authority of the colony police. Francis has noted how "Although Gambians staffed the lower level of the force, to the local population, the police and security services, limited as they were, represented an essentially foreign presence."

At independence in 1965, the Constabulary and Frontier Police merged to create the Gambia Police Force. Following the Gambia Regiment being disbanded in 1958, the police took on all defence responsibilities. A 200-man paramilitary force, the Gambia Field Force, which was part of the police after 1958, maintained responsibility for internal security (Wikipedia).

It is in that note I write to draw your kind attention to numerous lawless activities going on in The Gambia that we dream will one day be the last place of hope on earth. Hardly a day goes when an incident connected with theft, rubbery, rape or snatching won’t take place. 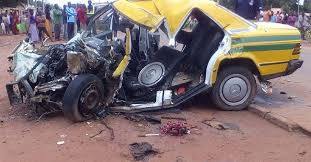 Of recent I learnt with dismay, disillusionment, disenchantment, discontent and disappointment when I saw a video footage of the “Busumbala Youth” lighting fire on the road chanting slogans which are threatening to our newly born democracy.

Please be informed that Police officers play a central role in the law enforcement system. They monitor criminal activity, take part in community patrols, respond to emergency calls, make arrests, interviewing suspected criminals, taking statements, writing crime reports, dealing with paperwork, gathering prosecution evidence, giving evidence in court, fostering good relationships with the public, patrolling areas by foot and car, investigate crimes and testify in court as needed.
I submit to you that Political difference is often a major cause of crime in The Gambia. It is seen that many used the image of the political parties to do their own mafias, undemocratic and unethical things to subjugate the people. Political power is often misused to take advantage of weaker groups and people and the dissidence that rises out of such situations often force the victims to resort to crimes. Politics is more related to crime on a much larger and a much heinous level than anything else.

As we are in a democracy state but not in a dictatorship or a military regime, the police are democratically and constitutionally conferred with the powers to protect the citizens of The Gambia. You as the head of the Gambia Police Force is to guarantee the safety and protection of the President in particular Gambians and their properties in general as far beyond all human imagination.

If one is not safe inside and outside of his/her home due to the fear of being rape and attacked by thieves, mafias and armed robbers, how will they have confidence in your leadership for doing a brilliant job? Is it not a popular saying among some Gambians that if you are hungry, starving but feel safe and are peaceful, you are much happier? 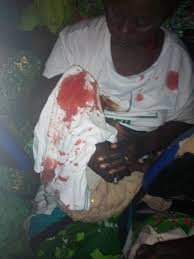 The rate at which crime is increasing is quite alarming. Theft and rapes seem to have be­come the order of the day. It is quite baffling that in spite of the security measures taken up by the government. There appears to be no respite. What is more shocking is the fact that these crimes are being committed in broad daylights, particularly robbery. Moreover the dowry deaths which seemed to have come down a year back, has again shown an upward trend.

Peace is very important that need to be embraced by all and sundry without peace we cannot achieve our desire aims and objective. In the Qur'an, it is recommended to cease disagreements by peace and not to commence further disputes, fights, confusion, and discord; in addition, people are asked to take a balanced approach and seek justice (Qur'an, 8:1; 49:9–10).

The real trick to good governance is to place the needs of the masses above everything else; to lead not just with words but with action. Actions define priorities. It’s the only way your administration can successfully bring us the long sought dividend of peace.

Registering grievance through conflict, inconsistency and violence will not solve an issue therefore all hands should be on desk despite of our political differences and ideology. Policies should be re-written to ensure that all criminals and offenders despite of their political affiliation, tribe, religion and position should be treated equally in front of the laws of the land in order to make The Gambia great.