THE TRADITIONAL ROLE OF WOMEN IN OUR SOCIETY IS TO BECOME A MOTHER?

At home they are to do all sorts of household chores like cooking, washing, cleaning, harvesting etc. Role of Women in Society The role of women in society has been greatly overseen in the last few decades but now are coming to a more perspective to people. In the early days women were seen as wives who were intended to cook, clean, and take care of the kids. They were not allowed to vote while men took care of having jobs and paying any bills that had to be paid. Soon enough it caught on that women should have a bigger role than what other people thought women should have. They faced discrimination like and other race that faced it. Women would voice their opinion in any way possible so that they could reach their goal and they did. 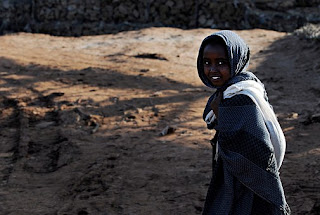 Gender equality is, first and foremost, a human right. A woman is entitled to live in dignity and in freedom from want and from fear. Empowering women is also an indispensable tool for advancing development and reducing poverty. Empowered women contribute to the health and productivity of whole families and communities and to improved prospects for the next generation. The importance of gender equality is underscored by its inclusion as one of the eight Millennium Development Goals. Gender equality is acknowledged as being a key to achieving the other seven goals. Yet discrimination against women and girls - including gender-based violence, economic discrimination, reproductive health inequities, and harmful traditional practices - remains the most pervasive and persistent form of inequality. Women and girls bear enormous hardship during and after humanitarian emergencies, especially armed conflicts. There have been several organizations and institutions advocating for women, promoting legal and policy reforms and gender-sensitive data collection, and supporting projects that improve women's health and expand their choices in life.

Men have a tendency to leave their wives due to the fact that they had their child and the father was not committed enough or not ready to be a “father.” Women are faced with more responsibly than men but also are faced with a lot more problems than men because they look a woman as a bearer of children. It is a fact that men shouldn’t abuse their wives and its true, but they still are. Abortion is also another problem that women are faced with. Morality is an issue with this as women are sometimes not ready to be a mother and their husbands or boyfriends have already left them. Men usually just walk away from the situation but women have to choose to either have the baby or have it “aborted”.

Today women are playing important role in all spheres of life. They are no longer confined within the four walls of their parents' or husbands house. They have come out of the kitchens and are working hand in hand with men in all the development programs of the government. By receiving higher education they are becoming pilots, doctors, engineers, hospitality professionals, teachers, administrators etc. They have been able to prove their worth. They not only do their household work but also work outside of their houses. They are contributing much to the economy of the country. Now it has come to the realization of the men that true development of the country is not possible keeping half of population idle at home. So it needs no telling that women are playing a great role in the socioeconomic condition of our country. Women have made vast improvements in their lifestyles in the past few decades from holding positions in governments to simple things like getting a job and supporting themselves.