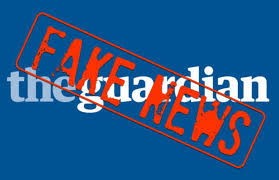 Reference is invited from the deceitful article published by the guardian newspaper on Sunday 1st April, 2018. “Residents of Foni, the Gambian region where Jammeh had a vast farm and allegedly “bunkers and treasure”, have been hosting members of a rebel group that for three decades have been fighting for the secession of their region from Senegal”.( The guardian, 2018)

The aforesaid immorality article by the guardian newspaper co-authored by Saikou Jammeh a Gambian nationality was a hateful fabrication of intolerable huge lies, extreme dislike and deep-rooted, mathematically calculated wrongly with the intended to portray Foni in bad light and to maliciously destroy the dignity and impeccable honor, which the region is known for.

Saikou Jammeh, though he have the “right of freedom of speech and expression” and “right of academic freedom”, which are expressly guaranteed by section 25 (1) (A) and section 25(1) (B) respectively, of The Gambia’s 1997 Constitution. But that doesn’t mean that one have to fabricate unfounded and baseless stories.

The last time I checked Foni bigot the unusual as a bitter confrontation between the peaceful protesters and Senegalese soldiers at the entrance of the village letting to bloodshed. Residents of the rural settlement and the Foni environs demanded the immediate evacuation of both the Gambian and Senegalese soldiers in Kanilai. The protesters were shot on their route to Kanfenda leading to some civilians sustaining injuries and death of one civilian by name Mr. Haruna Jatta who was later laid to rest on the 6th June, 2017. 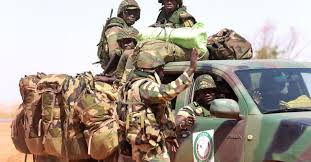 It was narrated that the ECOMIG soldiers from Senegal were informed to shoot the protesters as they are rebels from Cassamance? If that is true then it is complete ridiculousness to allow any nation, regardless of the external generosity to fight their enemy within your land, and knowing very well and with supreme belief that the aftermath can be life threatening.

Many will asked this question. Why the heavy deployment of soldiers in one part of the country concisely Foni stuck in the minds of most Gambians? To protest again external forces is not a crime as it happened in Congo, Haiti and many more. In Senegal the last time I checked the number of protest occurred is uncountable but none of the protesters were shot to death with a life bullet. But why on the Fonika’s? Also if protesters were armed with weapons as claimed by the then minister of Interior Mai Fatty. How come only civilians were injured and killed?

Presumption of innocence is under Section 24 (3) of the 1997 Constitution. Besides Foni is not the problem but people who prevailed on former President to subvert the will of the Gambian people are the problem. One cannot use Foni to prevail the hearts of the new leadership with the excuse of cajoling for peace. Foni should not and cannot be a prolific ground for anyone to rejuvenate his or her political ambitions. We the Fonika’s will take the lead and government must recognize that. Strangers cannot be talking to our people as if we the Foninka’s do not have what it takes to resolve whatever misconceptions or perceptions that exist. 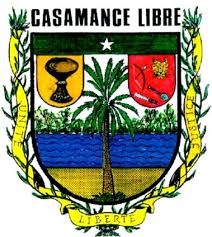 In 2006, there exists a bilateral agreement between the President of Senegal, then Abdoulie Wade and the rebel group with the object of laying down arms and join together to form one great Senegal. But then, some of the rebels thought it wasn’t a great idea to abide by the proposal brought forward by the Senegalese government which led to division among the rebel groups as they have different aims and objectives in the struggle. Those various divided groups were led by Sirlif Sarjo, Kamugai Jatta, and Paul Sambou etc. But among all groups, the one led by Sirlif Sarjo became the strongest group with the strongest motive of leading Cassamance to independence at all cost resulting to war for decades. Sirlif became the headache of the Senegalese since he stands firm and mastermind the revolution that is still fighting for the liberation of Cassamance with his rebel group, Movement of Democratic Forces of Casamance (MFDC)

Sirlif is a reasonable man who drew my attention the day he released about eleven arrested Senegalese soldiers during the brutal invasion. The event was then witnessed by the Gambian government under the leadership of former President Yahya A.J.J. Jammeh and Amnesty International. He spoke at length about the purpose of their existence claiming that the Senegalese government only sent the natives of Cassamance residing in the Senegalese forces to invade Cassamance resulting to brothers picking up arms and fighting against each other. Sirlif further stated that since the rebellion was formed, known of the international Medias went to Cassamance to ask about what conspired between them and the Senegalese people but rather depends on the information provided by the Senegalese which he strongly advocated that would not end the war in Cassamance. He also opened rooms for dialogue to end the long existing chaos that Cassamance is subjected to for decades.

The real trick to good governance is to place the needs of the masses above everything else; to lead not just with words but with action. Actions define priorities. It’s the only way politicians can successfully bring us the long sought dividend of democracy. It is time for all Africans to come up with tangible solutions in order to safe Cassamance. What this tomorrow looks like depends on our action today. And by using our voices on paper, exercising our power and demanding action through nonviolence can help restore peace in Cassamance. NOW!!