Let The State Drop Charges On The GDC Members And Go For The Armed Robbers, Thieves And Rapist. 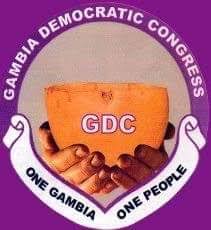 I learnt with dismay that members of the Gambia Democratic Congress (GDC) have being arrested upon the recent concluded Councillorship election. Based on the reasons yet to be validated.  GDC being a major political party in the new Gambia should be treated with care and professionalism in a way that will maintain peace and order. It is in that note I write to strongly condemn the arrest and subsequent charging of GDC members, particularly the newly elected Councillor, Mr. Ebrima Manneh of Julangel Ward, the National Assembly Member for Jimara constituency Hon. Alhagie Sowe and co.

The last time I checked the State have pressings issues and work to execute such as the rapid increasing rate of theft, robbery and rape which are on top of mountain Kilimanjaro. The rate at which this crimes are increasing is quite alarming. Theft, murder and rape seem to have become the order of the day. There appears to be no interval. What is more shocking is the fact that these crimes are being committed in broad daylights, particularly robbery as the Brikam Jah Oil incident is a clear testimony.

Crimes against women and children have increased various during the recent past. This alarming rate of increase in crimes is a cause of concern for all right thinking citizens in the country. How do you do the above requirement when lawlessness, murdering and especially armed robbery, are on the amplification?

If one is not safe inside and outside of their home due to the fear of being rape, murdered and robbed, how will they have confidence in the President and his administration for doing a brilliant job? Is it not a popular saying among some Gambians that if you are hungry, starving but feel safe and are peaceful, you are much happier?

Furthermore education is widely regarded as essential to economic growth, national development and overall prosperity. In The Gambia, education is valued very highly and theoretically given a high priority. Strangely enough, however, the teachers responsible for educating Gambia’s youth are not valued that extremely as expected compared to other jobs. Considering the rapid increase of goods and services, you would think that teachers would be among the highest paid professionals. Yet teachers are compensated unreasonably to their advanced education levels and are disrespected by many people. 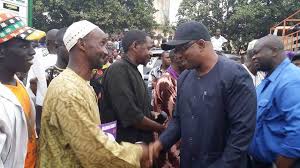 The Gambia has a big youthful population, majority of whom are poor, uneducated and are unemployed. Most of these youth have resorted to drug abuse causing high prevalence rate of mental illnesses. The female youth resort to prostitution as a quick way of earning money for a leaving.

The Gambia health sector is in the verge of sinking like the Titanic as a result of inadequate medical facilities and human resources. Of recent I well-read that the Doctors were on a sit-down strike as per the allegation of theft made by the minister of health.

It is one year now the Barrow led administration is yet to demonstrate any leadership or clear direction.  This is believed to be an oversight by the presiding President and his advisers, due to a lack of familiarity and understanding of the existing 1997 constitution.  To my knowledge the ministerial position for defense also remains unfilled and has therefore been attached to the office of the President?  Is it to be assumed therefore that Barrow occupies the roles of President; Commander in Chief and defense minister at the same time? To date there is lack of clarity over this situation.

Corruption in this country is experienced in many sectors. In politics, corruption is heavily floating like a canoe from Banjul to Barra. In fact, the less connected citizens of The Gambia are the one that suffers as wealth which is to be evenly distributed are being utilized by the top politicians alone. Transparency International have not failed in giving updates on the nations that have stained their hands by indulging in massive corrupt practices. According to the organization, corruption still remains rampant in public sector. Currently, we can concretely say that corruption in The Gambia is not just a mere perception but inherently pervasive in the country as evidenced by the recent scandal exposed by the IMF and the World Bank.

Both the University of The Gambia and The Gambia College does not have learning materials, most of those books in the main libraries are outdated decades ago. However, if we want to have better educational system where students learn to develop themselves and strive hard to learn the values of life, we must focus our energy and resources on where it all begins.

The citizen’s right have being violated as per the inadequate electricity and water supply which are very keen in this 21st Century of globalization. This as a result have led to the closure of many cottage industries in The Gambia.