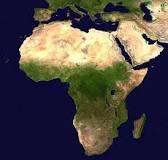 The Casamance region is the southern region of Senegal which, although connected in the East to Senegal, is separated from the rest of Senegal by the Gambia. The Casamance Conflict is a low-level conflict that has been waged between the Government of Senegal and the Movement of Democratic Forces of Casamance (MFDC) since 1982.

It is true that in the Darfur killing it was written and in Cassamance it is being sealed: How many shall join the hundreds of thousands, who have already perished, and how many shall be born into a horrible life, who shall live and who shall die,

In the Libya killing it was written and in Cassamance it is being sealed: who shall be raped and who shall be tortured, who shall perish by sword and who by bullets, which village shall be burned and which forest shall be looted,

In the Somalia killing it was written and in Casamance it is being sealed: who will make it to the refugee camp and who will die on the route, which will die by hunger and who by thirst, who by disease and who by plague,

In the Liberia killing it was written and in Cassamance it is being sealed: Who will have their food rations cut and who will get enough food for another day, whose child will die and whose will survive.

“At the end of 2009 some 42 million people around the world had been forced to leave or flee their homes due to conflict, violence, and human rights violations. World Development Report 2011,World Bank”. Hence to resolve political violence, accountability, social justice, transparency, rule of law, gender equality and due process must guide governance and leadership in Africa.

Since 1998, the conflict and humanitarian crises in the Democratic Republic of Congo (DRC) have ravaged the country's population of 65 million. Close to five and a half million Congolese have perished and nearly 45,000 die monthly because of related incidents. Women are vulnerable in the country — a 2011 study asserted that 48 women are raped every hour. (Morgan Lee, 2013)

Africa has been politically backward and naïve throughout the last century with so many atrocities, anomalies and injustices. Its children thought that, one day, things will be better, but since the era of independence dawned the situation has remained the same or even got worse. Ills, evils and self-destructions of all kinds continue to plague the African continent. Africa has lost its natural, human and material resources to wars and massacres. Coups and counter-coups have continued to play havoc with African society. Should confidence have been reposed in the statements of the likes of Kwameh Nkrumah, Thomas Sankara and Patrice Lumumba, to the effect that Africa's problems will turn to brightness? Is there any optimism for Africa? Will African children live to see this happen? (The Socialist Party of Great Britain)

Leadership must come and go the Africa is a continent that should prepares succession through the preparation of second and third layer leadership. I agreed with the position of mystic philosopher of the Zhou dynasty, Lao Tzu, when he said, “To lead the people, you have to walk behind them”.

The real trick to good governance is to place the needs of the masses above everything else; to lead not just with words but with action. Actions define priorities. It’s the only way politicians can successfully bring us the long sought dividend of democracy.It is time for all Africans to come up with tangible solutions in order to live in peace and stability. What this tomorrow looks like depends on our action today

I dream of Africa that would one day have one currency one President and one government which will preside over this continent. Because in any way we are one, this borders of Africa were imposed on us by the colonizers, we need leaders who are going to lead us to that drain where there would be one Africa.

But using our voices on paper, exercising our power and demanding action through nonviolence can help save lives in Africa NOW !!.