Is Mai Fatty’s GMC a Ghost Or A Real Political Party? 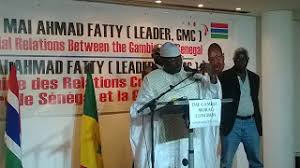 A political party is defined as an organised group of people with at least roughly similar political aims and opinions, that seeks to influence public policy by getting its candidates elected to public office.

Parties tend to be deeply and durably entrenched in specific substructures of society in a sustainable and well-functioning democracy. They can link the governmental institutions to the elements of the civil society in a free and fair society and are regarded as necessary for the functioning of any modern democratic political system.

The Gambia Moral Congress (GMC) was founded by Mai Ahmad Fatty in 2009.The motto of the party is People Power for Human Rights and Economic Justice. The GMC was part of the Coalition 2016 presidential election, where Adama Barrow was declared the coalition's candidate and subsequently won. Mai Fatty served as the Interior Minister for nine months before being consumed by the law on a Friday.

The last time I checked a political party is a group of people who come together to contest elections and hold power in the government. The party agrees on some proposed policies and programmes, with a view to promoting the collective good or furthering their supporters' interests. 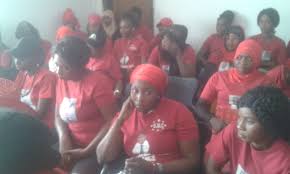 While there is some international commonality in the way political parties are recognized, and in how they operate, there are often many differences, and some are significant. Many political parties have an ideological core, but some do not, and many represent ideologies very different from their ideology at the time the party was founded.

The question one might be quick to ask will be is GMC a political Party? Or a party made up in thin air during the night where everyone is highly intoxicated? If so then the leadership of the said party need to make a hay while the sun shine as it is not the way its aims will be achieved.

The party don’t have representative in the parliament and at the council level. Such representative are so important because they are so close to the voter. The Member of Parliament and the councilors are responsible for motivating the electorate to vote for an entire slate of candidates, from the councillorship, parliamentary board all the way up to the Presidential. It is involved in all aspects of campaigning, from fundraising to getting out the vote. In order to build a strong national political party.

Political parties are often described as institutionalized mediators between civil society and those who decide and implement decisions. As such, they enable their members’ and supporters’ demands to be addressed in parliament and in government. Even though parties fulfil many vital roles and perform several functions in a democratic society, the nomination and presentation of candidates in the electoral campaign is the most visible function to the electorate.

It is believed that if you plan on motivating your members and local leaders, you must be in constant communication with them. Luckily, this is easier than ever. Establish an e-mail mailing list and e-newsletter that you send out regularly. Keep one list of activists and another of more passive members, and use it to spread your message, organize events, and keep your political party motivated for a small fraction of what a traditional snail mail newsletter would cost. 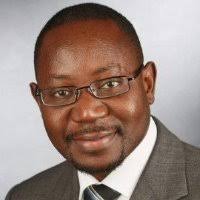 It is clear that there are tensions within political parties over how they relate to their young members and the way that young members want to do politics. The membership of young people in political parties should be seen as positive both in terms of providing opportunities to encourage active life-long forms of citizenship and also strengthening democracy by making their voices heard. However there is urgent need for a review of the terms of party membership offered to young people, particularly regarding opportunities within political parties offered to younger members, and the organisational relationships between youth wings and the main parties.

In another note the problem that often plagues party leaders is a refusal to delegate. Often, the qualities that make a good political leader, such as confidence and specific know-how, also make a poor delegator. In order to strengthen your political party, it is imperative to delegate. In order to increase the role your political party plays in the local community, encourage your members to build mini-organizations on their own, under the umbrella of the GMC Party.