The Untold Story About The Mugabification Of Africa. (Part.1) 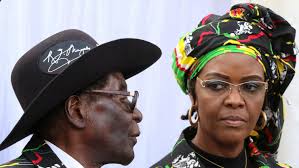 Robert Gabriel Mugabe was born on the 21st February, 1924 in Kutama, Zimbabwe and married to Grace Mugabe the are blessed with four children’s.

Mugabe was a Pan African leader who liberate the Zimbabwean’s and he has been praised as a revolutionary hero of the African liberation struggle who helped to free Zimbabwe from British colonialism, imperialism, white minority rule and neo colonialism of all kind. The story of Robert Mugabe is a microcosm of what bedevils African democracy and economic recovery at the beginning of the 21st century. It is a classic case of a genuine hero the guerrilla idol who conquered the country's former leader and his white supremacist regime.

Mugabe chaired the Zimbabwe African National Union (ZANU) group from 1975 to 1980 and led its successor political party, the ZANU – Patriotic Front (ZANU–PF), from 1980 to 2017. Ideologically an African nationalist, during the 1970s and 1980s he identified as a Marxist–Leninist, although after the 1990s self-identified only as a socialist. His policies have been described as Mugabeism 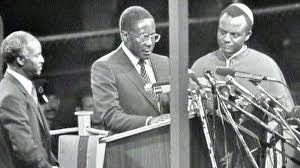 Mugabe took his oath of office on 17 April 1980. He gave a speech at Salisbury's Rufaro Stadium announcing that Rhodesia would be renamed "Zimbabwe" and pledged racial reconciliation. Soames aided Mugabe in bringing about an orderly transition of power; for this Mugabe remained grateful, describing Soames as a good friend. Mugabe unsuccessfully urged Soames to remain in Zimbabwe for several more years, and also failed to convince the UK to assume a two-year "guiding role" for his government because most ZANU-PF members lacked experience in governing. Although ZANU-PF's absolute parliamentary majority allowed them to rule alone, Mugabe created a government of national unity by inviting members of rival parties to join his cabinet. Mugabe moved into the Premier's residence in Salisbury, which he left furnished in the same style as Smith had left it. (Mugabe's Zimbabwe 2010 documentary).

Though he is old and needs to retire but must be commended and honor for his tersely efforts for his people and Africa as a continent than be humiliated beyond all human survival. Adolph Hitler, Tony Blair, Barack Obama and George W. Bush aren't been humiliated by their people talk less the world when they have coasted a lot of lost in human lives beyond all imagination.

Robert Mugabe, who resigned as Zimbabwe's president on Tuesday, was the last living African head of state who fought for his country's independence before becoming its leader. Mugabe, 93, used his aura of liberator from a colonial power to stay in power, but increasingly became seen as an oppressor. His resignation came days after Zimbabwe's military took over and detained the veteran leader. 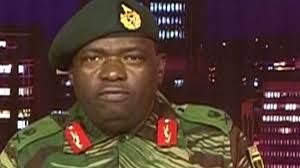 Mugabe was never seen as a Dictator until he start the  Land reform in Zimbabwe which  officially began in 1980 with the signing of the Lancaster House Agreement, as an effort to more equitably distribute land between Black subsistence farmers and White Zimbabweans of European ancestry, who had traditionally enjoyed superior political and economic status.

Mugabe earned international recognition for education and health initiatives, and the nation steadily grew its exports of manufactured and agricultural products. Zimbabwe was famous for its tobacco production, and its weather supported year-round farming.

Until we Africans differentiate between "help & destruction" by the West, our continent shall never know peace and until we know what to accept and what not to accept from the illusive thoughts made for us to believe by the same West, we shall never see the direction of progress. How old is Donald Trump, Vladimir Putin, Angela Merkel, Theresa Maya etc?

Seriously the problem in Africa not the length or duration our leaders rule, take for example modern day German, the strongest economy in Europe, how long has their current Councilor being ruling nearly 13yrs, China, England itself, Holland, etc. Why are the democrats not talking about that but instead they fool us, brain wash us and ask us to go against our leaders so that our leaders see us as enemies of state and then suppress us in all ways.

The fact is we will not develop as a continent until  we stop pointing fingers at our leaders and start pointing them on ourselves, then we shall develop because we will always put our country first before any other thing.

The concept of dictatorship, brutality, democracy is a tactics used by the west to fight against the Pan Africanist, and to remove our African heroes to be replace by puppets who they can control like a remote controller so as to destabilize the Africa for their own interest.

Therefore for Africa to be the last place of hope on earth we need to go back to our culture, norms, values and our policies need to be Mugabified based on the ideology of Mugabification.
To be continued……