Who Should be Consumed by The Law?

Please be reminded that Mai Ahmad Fatty the minister of Interior once alleged against the Fonika's that they were with local arms during the demonstration in Kanilai.

In another development the minister of information communication and technology Demba A. Jawo is on record who said the ECoMIG soldiers used rubber bullets which is also a big propaganda as far beyond mountain Everest.

If Mama should be arrested or called for questioning as per the allegations made against the Barrow lead administration, I see no reason why Mai and Demba A. Jawo shouldn’t be consumed by the law 89m deep below sea level. 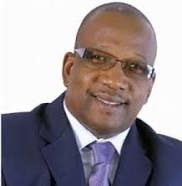 Mama allegations are political strategy which are allowed in any political theory, discipline and arena. Being an opposition to a ruling party is a constitutional right of a citizen within the state of nature.

During Jammeh's era he was accused of many evil and wrong doing some of which he never deed. Thanks to the allegations by folks both those home and abroad as a result which lead to the reason of his downfall and send packing to Equatorial Guinea. If Jammeh used the platform to invite politicians for questioning believe you in me there will be nothing like new Gambia today.

This act by the Gambia Police Force is unconstitutional, undemocratic, and unlawful and it is a threat to The Gambia’s newly born democracy. The Police have pressing issues to solve such as the high increasing, swelling rate of armed robbery, rape, murder and theft

The questions one might be quick to as asked will be, is it a crime under the laws of our dear mother land for a politician to comment on such and are we in the era of constitutional hijack and coup? 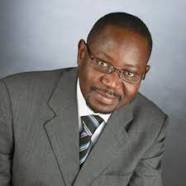 If yes then Mai and Demba should be invited for questioning too. This act show a clear testimony that we are in the era of selective justice. Where citizens are treated based on loyalty to political party.

This is not The Gambia we dream neither The Gambia we want to see. We dream of The Gambia where the concept and theory of democracy will be put in to practice and implemented to the maximum level as far beyond the red sea.

Rule for one should be rule for all, if we want to make The Gambia the last place of peace, harmony and hope on earth. As mention in our national anthem “Let justice guide our action towards the common goal”

In rebuilding a new Gambia we want all politicians should be treated equally despite of their political ideology and party.

NB: I'm not a member of GDC but writing in my capacity as a Political Activist.

God Save The Gambia. Amen!